Article 584 of the Civil Code provides: “Where any party fails to perform its obligations under the contract or its performance fails to conform to the agreement, causing losses to the other party, the amount of compensation for losses shall be equal to the losses caused by the breach of contract, including the interests receivable after the performance of the contract, provided that it shall not exceed the probable losses caused by the breach of contract which are foreseen or should have been foreseen by the breaching party when the contract concluded.”

With regard to indirect losses, article 193 of the Maritime Law, as a special law, provides: “General average refers to the special sacrifice or expenditure intentionally and reasonably made or incurred for the common safety in the relief of a vessel, cargo and other property from common danger caused on the one voyage. Losses incurred due to the delay by a vessel or cargo during or after a voyage, including sailing losses and quotation losses, as well as other indirect losses shall not be listed into the general average.” Theoretically, direct loss refers to the direct reduction of property, and indirect loss, also known as lost benefits, refers to the loss of obtainable benefits.

Article 10 of the Notice of Supreme People’s Court on Promulgation of the Minutes of National Court Work Conference on Implementation of the Civil Code provides: “Where one party violates the obligations of notification, assistance, confidentiality, recycling of used articles, etc., as prescribed in article 558 of the Civil Code, causing losses to the other party, and the other party claims compensation for actual losses, the people’s court shall support such claims.”

Article 29 of the Interpretation by the Supreme People’s Court on Several Issues Concerning the Application of the Contract Law of the People’s Republic of China (II) provides: “Where one party asserts that the agreed liquidated damages are too high and petitions for reasonable adjustment, the people’s court shall rule on the basis of the actual losses, taking into consideration comprehensive factors such as the performance of the contract, the extent of culpability of the relevant party, and the expected benefits, and adjust in accordance with the principles of fairness and good faith.” Based on the above-mentioned clauses, the authors believe that “actual loss” should be the loss excluding obtainable benefits or indirect loss, which should be equivalent to direct loss.

The Civil Code merely contains three expressions: “loss”, “obtainable benefits after the performance of the contract” and “direct loss”. Although “indirect loss” and “actual loss” are also mentioned in the relevant judicial documents of the SPC and special laws, we believe it is more appropriate to keep the stipulation on compensation for breach of contract in M&A agreements consistent with the Civil Code. 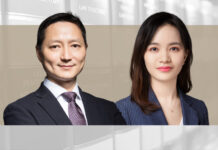 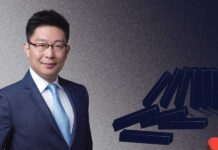