With experts predicting greater numbers of corporate restructurings in China, being equipped for the possibilities has never made more sense. Brian Beglin and Fred Chang offer some case advice

Anumber of Chinese corporate capital structures that made sense in a different macroeconomic environment have undergone restructuring to better align cash flow and expenses for long-term viability, or simply to become “too big to ignore”. This article examines two examples in the distressed/involuntary and in the voluntary/non-distressed areas.

The first involves the solar panel industry, in which a global oversupply relative to recession-dampened demand built up over time, which resulted in capital expenditures, debt financing costs and operating costs far in excess of operating revenues. The second involves the Chinese securities industry, which has faced eroding margins in the past three years, due not merely to global economic headwinds but also to the moratorium on listings imposed by the China Securities Regulatory Commission (CSRC).

Involuntary restructurings make use of the Bankruptcy Law, which took effect in 2007, but which can only still be considered experimental and not self-executing with respect to various classes of “special cases” (listed companies, state-owned companies and regulated financial institutions). Moreover, whether pursued under the Bankruptcy Law or as a solvent entity, a restructuring might founder due to failure to obtain a panoply of administrative approvals that might apply, such as from the State-owned Assets Supervision and Administration Commission (SASAC), the National Development and Reform Commission (NDRC), the Ministry of Commerce (MOFCOM), the State Administration of Foreign Exchange (SAFE), the CSRC, and labour bureaus. Changes in certain rules governing solvent public company restructuring have been implemented or proposed to reduce the approval process.

Brian Beglin is co-managing partner of Bingham McCutchen in Beijing, while Fred Chang is a partner in Beijing 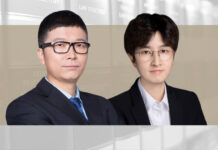