The banking system needs to be fit for purpose

Now that the rot within the banking system has been sighted, and efforts at correcting it have begun, albeit with some concerns about their success, the task of identifying and tackling the root causes needs to be taken up. This will require a transformation of governance standards, and considerable prodding from the regulator. It will also require time. 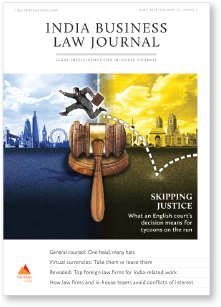 In the meanwhile, the inevitable vacuum in funding sources is being filled by a range of non-banking entities. This is good news for those who were overlooked by banks. However, can these non-banking entities do more than provide a helping hand to the banks, which must inevitably take on the heavy lifting that the economy needs? A banking system that is fit for purpose is critical to the economy, and ensuring the banks regain their health is critical.

The long-running battle between Vijay Mallya, who was labelled a wilful defaulter in 2014, and the banks took a definite turn recently when the English High Court refused an appeal by Mallya against the registration and enforcement in England and Wales of a ruling by an Indian debt recovery tribunal. This is the first reported instance of such a ruling registered in the UK and reveals a willingness of the English courts to give effect to reciprocal enforcement arrangements. Creditors looking to enforce Indian judgments in the UK will no doubt take heart, and our Cover story provides an analysis on the thinking of the court and the way ahead for similar action.

This month’s What’s the deal? looks at conflicts of interest between lawyers and their clients. Prompted by a recent incident where a law firm was allegedly acting for two parties with dissimilar interests, we ask if conflict of interest situations are on the rise. While private practice lawyers see maintaining confidentiality as vital to their survival, their clients recognize that it’s best to be wary. The rules and regulations governing conduct by lawyers in India are less prescriptive than those in more developed jurisdictions. Add to this the fact that there is only a shallow pool of talent for crafting the highly complex structures that companies need. As Mohit Shukla at Barclays India says, clients would be wise to remain “sharply focused on avoiding conflict of interest issues”.

In One head, many hats, we turn the spotlight on what it means to be a general counsel in today’s environment. These are interesting times and companies need to consider the way they do business, as a whistleblower can have a catastrophic impact in an ever-connected world. While ensuring high standards of corporate governance and regulatory compliance, the general counsel needs to be aware of the political and cultural environment in which the organization operates. As the “Time’s Up” and “Me Too” movements gather velocity, the general counsel is not only the custodian of ethical dealing in business, but also counsellor, crisis communication manager, business strategist and more. The general counsel juggles many roles and our coverage provides an in-depth look at the challenges involved.

Writing in this issue’s Vantage point, Akhil Prasad, who is India country counsel and company secretary at Boeing, tackles the subject of virtual currencies. Arguing that virtual currencies are akin to many disruptive innovations that we have incorporated into our lives, Prasad questions a recent decision by the Supreme Court not to pass an injunction against the Reserve Bank of India’s prohibition on virtual currency transactions. Describing it as “a knee-jerk reaction”, he says the decision “to ban a great idea only shows that it’s done due to someone’s unfounded fear”.

In this month’s Intelligence report, India Business Law Journal presents its 12th annual survey of the top international law ﬁrms for India work. The report is based on an analysis of more than 600 law firms drawn from every continent that have documented deals and matters with an Indian element in the past 12 months.

As always, we pay close attention to regional and specialist firms in key economies such as Australia, Canada, Germany, Japan and Singapore along with emerging regions such as sub-Saharan Africa. As such, we pinpoint 13 firms in this category that are equipped and experienced to take on India-related mandates.

As in previous years, we received hundreds of submissions from law firms and carefully studied public and other records, along with reports in Indian and international media, to ensure the accuracy of our information.

This issue marks the start of our 12th year of reporting on legal and regulatory developments in India and bringing you insights and intelligence from its brightest legal minds. We thank you for your support and look forward to delivering more complex, cutting-edge and challenging coverage on the Indian legal market.