Withholding tax on payments to non-residents has been a bone of contention between the taxpayer community and the tax department. Until recently, the controversy related to whether income in the hands of a non-resident was taxable in India or otherwise. Indian entities remitting funds overseas in respect of the import of goods which were not taxable in India, for example, were not required to deduct tax at source or undertake other onerous compliance requirements.

In September 2009, Karnataka High Court in a case involving Samsung Electronics and others held that section 195 of the Income Tax Act, 1961 (ITA) casts an obligation on remitters to withhold taxes at source. Karnataka High Court, relying on the interpretation of the Supreme Court’s ruling in a case involving Transmission Corporation, also held that such an obligation would hold good irrespective of whether the payment was taxable in India in the hands of the non-resident recipient.

The Samsung ruling mandates that remitters should withhold taxes at the rates prescribed by the provisions contained in the ITA. However, where the rates are nil or lower (as per the tax treaty) or positions could be adopted with respect to characterization of the payments, an application has to be made to the tax department to determine the appropriate characterization of income and appropriate rate of tax withholding.

At the current level of tax withholding applications being handled by the tax department, an order from the tax authorities could take anywhere between two and six months. Unfortunately, businesses can’t afford to wait that long to make payments. This could have serious commercial repercussions, whereby Indian entities could be called upon either to (a) gross up payments to non-residents for the tax element; (b) pay interest for delays in making the remittance; and/or (c) pay damages or such other levies that are contractually agreed upon.

Given these facts, it is not possible to fathom the impact of routing all of India’s payments through its already strained income tax infrastructure. There could be a virtual halt in making payments from India.

Perhaps to address this kind of situation, the Reserve Bank of India and the Central Board of Direct Taxes (CBDT) in their collective wisdom had, as part of liberalization measures, permitted payments to be made from India based on the certificate of a chartered accountant. Recently, the income tax rules were amended (with the introduction of rule 37BB) prescribing an e-version of the forms that are to be used in connection with making payments to non-residents. As per rule 37BB, separate e-forms need to be filled out by a remitter and the verifying chartered accountant for each payment.

However, the recent ruling of Karnataka High Court seems to have nullified this liberal scenario, by mandating that withholding tax orders should be obtained in most cases. It remains to be seen what kind of cases are picked up by the tax authorities for initiating proceedings under section 201. The ruling in the Samsung case was in the context of payments for the import of software. However, it is expected that the reasoning of the ruling could very well be extended in respect of other payments made to non-residents, irrespective of the sector or nature of payment.

Given the potential hardships that it could cause, remitters are seeking to build arguments in defence of the tax positions adopted. The key to such an exercise would be to establish that the subject payment is not taxable in India. In respect of the proceedings initiated, remitters would need to establish through contracts, invoices and other evidence that the recipient is not liable to pay tax in India in respect of the subject payments. Judicial precedents and other statutory material relied upon to establish that the payments are not taxable, would also need to be placed on record.

Having established that the subject payments are not taxable in India, it needs to be argued, based on judicial precedents, that where the primary tax liability does not arise in the hands of the recipient, procedural aspects such as tax withholding should not arise.

The Supreme Court has stayed the recovery proceedings in respect of certain taxpayers in whose cases Karnataka High Court delivered its judgment. The Supreme Court’s view on this matter is eagerly awaited. The hearing has been posted by the Supreme Court for August 2010.

Given the growing maturity of the Indian business environment, it may be prudent for the CBDT to sort out the controversy rather than accelerate the adverse effects or wait for the Supreme Court to lay down the law in this regard.

Pranay Bhatia is an associate partner at Economic Laws Practice where Balaji Balasubramanian is an associate. The firm is headquartered in Mumbai, and has offices in New Delhi, Pune and Ahmedabad. 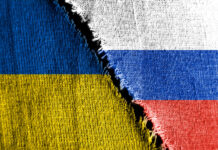