T he taxablity of income earned abroad – in countries that have tax agreements with India – has been a subject of considerable debate and controversy.

One recent case settled one aspect of this question, at least in regards to the tax agreement between India and Malaysia.

Section 5 of the Income Tax Act, 1961, states that the total income of any previous year of a person who is a resident includes all income from whatever source derived which is received or is deemed to be received in India in such year by or on behalf of such person; or accrues or arises or is deemed to accrue or arise to him in India during such year; or accres or arises to him outside India during such year.

The tax implications of investing in a particular location are important. Savvy investors will seriously consider where to invest to minimize the potential tax liabilities.

The potential for double or multiple taxation acts as a major determining factor in decisions relating to location of investment, technology, etc of foreign investors since it can affect the profits of a business enterprise.

As a result, India has entered into double tax avoidance agreements (DTAA) or tax treaties with 65 countries including the United States, the United Kingdom, Japan, France and Germany.

These agreements give some relief from double taxation in respect of incomes by providing exemptions and credits for taxes paid in one of the countries.

In the case of countries with which India has DTAAs, tax rates are determined by such agreements, over and above the requirements of the Income Tax Act.

The Supreme Court in CIT v PVAL Kulandagan Chettiar [2004] 267 ITR 654/137 Taxman 460 (SC) held that treaties for the avoidance of double taxation between India and other countries prevail over the provisions of the Income Tax Act.

The court observed that as per a circular issued by the Central Board of Direct Taxes in April 1982, whenever there is conflict between the provisions of the Income Tax Act and the treaty, the latter would prevail.

What’s more, the court said that it is up to the government to set its taxation policy.

Article XI of the DTAA between India and Malaysia states that dividends paid by a company that is a resident of one country to a resident of the other country may be taxed in the first country.

In the recent case of Deputy Commissioner of Income Tax v Torqosiue Investment & Finance Ltd (2008), the Supreme Court gave an important judgment on taxability of dividend received in India from a Malaysian company.

The case involved an assessee-company engaged in the investment and finance business.

The company filed its tax return and claimed refunds on the basis of credit of deemed tax deducted at source on dividends received from a Malaysian company.

However, the assessing officer rejected the credit.

An appeal was accepted by the commissioner and a tribunal held that, from a plain reading of Article XI of the DTAA between India and Malaysia, it was clear that dividend income would be taxed only in the State where the income was accrued – meaning Malaysia

On further appeal, the High Court, following the decision in the case of Commissioner of Income Tax v VR SRM [1994] 208 ITR 400 (MAD), which was affirmed by the Supreme Court in the case of Commissioner of Tax v PVAL Kulandagan Chettiar [2004] 267 ITR 654/137 Taxman 460 (SC) held that the tribunal was justified in holding that dividend income derived by the assessee from a company in Malaysia was not taxable in India under any of the provisions of the Income Tax Act.

The Supreme Court held that the dividend income received by the assessee-company from the Malaysian company should be taxed by the Malaysian government only.

In turn, the dividend income is not liable to be taxed by the Indian government following the clauses of the agreement between the two countries.

The judgment has, for now, settled a controversial issue regarding the taxability of dividend received by an Indian company from investments in an overseas company. 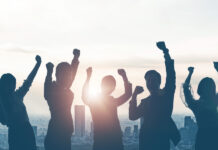 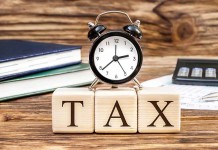 Evolution and practice of MAH system for medical devices