The concept of mortgage, as set out in the Transfer of Property Act, 1882 (TPA), and related laws, involves the mortgagor fettering its interest in immovable property in favour of the mortgagee or the lender, to secure the mortgagor’s or a third party’s financial obligations. With mortgages being an integral part of lending and borrowing transactions, there are nuances in the separation of the rights between the superstructures built over the land and the land underneath.

While the law allows for the separate ownership of land and the buildings above, the general presumption is that the rights of ownership of a superstructure or building are merged with the ownership of land unless there is a contrary intent, in which case ownership of the superstructure vests in an entity other than the one which owns the land underneath. In such cases, it is advisable to consolidate the understanding in an agreement so as to avoid conflicts and legal issues.

Judicial precedents have recognised dual ownership even prior to its codification in the TPA and the principles of dual ownership have gotten distilled in various judgements such as the case of Thakoor Chander v Ramdhone Buttacharjee (Paramanick’s case) where it was held that buildings and other improvements do not, by the mere fact of their attachment to the soil, become the property of the owner of the soil. Other judicial pronouncements in Dr KA Dhairyawan and Ors v JR Thakur and Ors, Dattaram Waman Kambli & Ors v Shantaram Bapu Kambli & Ors and Narayandas Khettry v Jitendra Nath Roy Chowdhury & Ors have confirmed that there can be ownership of the underlying land separate from that of the building or structure standing on it. However, while it is legally permissible to create a mortgage on the superstructures erected or constructed, but not on the land underneath, practical challenges arise.

One such challenge emanates from the mortgage of distinctively and separately owned superstructure in a lease hold scenario. If a mortgage is created on superstructures built on leasehold land, it will exist only for the period of the lease. The rights of the lender in relation to such superstructures will be at an end once the lease period expires. In commercial terms, the lender should limit its exposure so that, at any time the outstanding amounts do not exceed the valuation of the unexpired period of the lease.

Furthermore, the law has a grey area on what constitute title documents of immovable property attached to the land and superstructures constructed over it. The creation of an equitable mortgage by deposit of title deeds can be difficult as the borrower may not have the title documents of a superstructure. It may be challenging to establish documentary evidence of ownership of a superstructure excluding the land. While this evidence may take the form of documents relating to leasehold improvement expenses or other records, they may require further corroboration and may not be sufficient to satisfy the documentary requirements to create an equitable mortgage.

Lenders may also face difficulties creating registered mortgages over immovable properties as the sub-registrar may not recognise a mortgage over the superstructures without the underlying land. This problem is dependent on the interpretation of registration regulations by the sub-registrars. The requirement to create a mortgage by a registered instrument, except for mortgages by deposit of title deeds, flows from section 59 of the TPA, read with section 17 of the Registration Act, 1908. The Supreme Court has interpreted these provisions in the cases of State of Haryana & Ors v Narvir Singh & Anr and Suraj Lamp & Industries Private Limited v State of Haryana & Anr. Sub-registrars may create obstructions to the creation of mortgages over superstructures without the underlying land, making the process onerous.

On a reading of the relevant legislation and judicial pronouncements, although it is legally permissible to create a mortgage on the superstructures constructed without creating a mortgage on the land underneath, the practical difficulties caused by the lender having no rights over the land may limit the benefits of such mortgages. It is therefore prudent for lenders to tread cautiously when deciding whether to secure their interests by accepting a mortgage created by the borrower solely on superstructures without a charge over the underlying land.

Amaresh Kumar Singh is a real estate partner and Dipti Lavya Swain is a corporate & commercial partner at HSA Advocates. 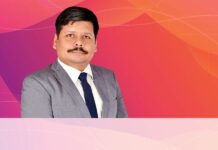