Prior to the 2018 amendment to the Specific Relief Act, 1963 (SRA), removing the discretion of the courts to grant specific relief, it had long been argued that the passage of time and the consequent increase in the price of immovable property were grounds to deny specific performance. This issue came before the Supreme Court in Ferrodous Estates (Pvt) Ltd v P Gopirathnam (Dead) & Ors where the purchaser sought to enforce the sale of immovable property under a sale and purchase agreement made in June 1980.

The purchaser of land, Ferrodous, had agreed to complete the transaction within six months provided the sellers, the respondents, obtained necessary approvals, including approval under the Tamil Nadu Urban Land (Ceiling & Regulation) Act, 1978 (TNLCA). The respondents did not procure the approvals and Ferrodous sued for specific performance. The single judge of the Madras High Court held that the respondents had breached the sale agreement by failing to obtain the approvals and issued a decree for specific performance.

The TNLCA was repealed during the pendency of proceedings and the single bench referred the question to the division bench. In 2007, the division bench held that, as considerable time had passed since the execution of the agreement and the price of the property had increased, it would be inequitable to grant specific performance even though Ferrodous had offered to pay consideration greater than that stipulated in the contract. The division bench instead ordered that the respondents pay damages. The matter was then appealed to the Supreme Court.

The Supreme Court has repeatedly held that the increase in price of immovable property during the pendency of litigation cannot be the sole ground for denying specific performance. In Nirmala Anand v Advent Corporation Pvt Ltd & Ors, the court held that a non-defaulting purchaser should be allowed to enjoy the increase in value of the property. In PD’Souza v Shondrilo Naidu, the court observed that the passage of time during the pendency of legal proceedings cannot by itself be grounds to refuse specific performance.

The Supreme Court recognizes that although time is not usually of the essence in contracts relating to immovable property, property prices are no longer as stable as they were when the SRA came into force. In Saradamani Kandappan v S Rajalakshmi & Ors, the court said that steep increases in property prices would make it inequitable to grant specific performance where the purchaser did not take the necessary steps to complete the contract within the agreed timeframe. In Satya Jain v Anis Ahmed Rushdie, the court held that while the effluxion of time and the escalation of property prices cannot, by themselves, bar specific performance, the principles of fairness and reasonableness require that the market price of the property on the date of decree be considered.

The Supreme Court in Ferrodous held that a suit for specific performance filed within the limitation period cannot be dismissed solely on the grounds of delay, except where a contract for sale of immovable property is to be completed within a stipulated period under the contract, thereby making time of the essence. Thus it is not completed because of the plaintiff’s default. Although a court’s jurisdiction to award specific performance was discretionary before the 2018 amendment, such discretion was not to be exercised arbitrarily. Ferrodous was not at fault for the protracted court process. Ferrodous had sued for specific performance within the limitation period and was consistently ready and willing to perform its obligations. The court restored the single judge’s decree of specific performance.

The underlying principle in these cases is that of equity. Where a party has acted in good faith and has been ready and willing to perform its obligations under the contract, it would be inequitable to deny relief. In suits for specific performance to which the 2018 amendment to the SRA does not apply, the question as to whether or not to grant specific performance depends on the balance of equities.

Karthik Somasundram and Sneha Jaisingh are partners at Bharucha & Partners. 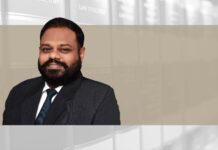