Invesco, a shareholder in Zee, requisitioned an extraordinary general meeting to remove the managing director and CEO, and other directors of Zee from office and to appoint six named independent directors. Zee’s board declined to act on the requisition on several grounds.

The court observed that removing Zee’s Managing Director would contravene the act and breach the MIB guidelines. It was for the board to appoint independent directors, not shareholders. Effecting the proposed resolutions would put Zee at risk of losing its broadcasting licence and lead to adverse consequences.

Per the court, if a resolution proposed by shareholders would at law be ineffective, there was no question of the board convening the requisitioned general meeting. The court distinguished Cricket Club of India Ltd v Madhav L Apte and Life Insurance Corporation of India v Escorts Ltd, in which it was observed that the board must act on a shareholder’s requisition if it is made by the qualifying number of shareholders and complies with requisite procedures. In Cricket Club no injunction was sought. The requisition dealt with internal management and did not compel the company to disregard statutory obligations. The limited issue in Life Insurance Corporation was whether shareholders must act in good faith when requisitioning a meeting.

The court cited Centron Industrial Alliance Ltd v Pravin Kantilal Vakil as authority for the proposition that an irregular resolution which may be legally implemented is distinct from an illegal resolution that cannot be implemented. Accordingly, the court granted an injunction preventing Invesco from acting in furtherance of the requisition. Invesco has appealed to the appellate bench, and a further appeal to the Supreme Court cannot be ruled out.

The principles laid down by the court seem to circumscribe shareholders’ right to requisition a general meeting. They appear to prevent shareholders from correcting errant management. This argument is wrong for several reasons. First, if a company is mismanaged or minority rights are infringed, the National Company Law Tribunal may grant redress under the act. Second, shareholders may seek an investigation under the act. Next, the Securities and Exchange Board of India may invoke its jurisdiction over listed companies. Fourth, if the grievance relates only to matters of internal management not impinging on statutory compliance, shareholders can requisition a meeting by a procedurally compliant notice. Further, in today’s complex world shareholders’ grievances, real or perceived, must not expose the company and the shareholders at large to risks of legal or regulatory non-compliance. Last, companies regulated by the MIB or other regulators are still subject to shareholders’ complaints. Redress exists, but shareholders must apply to the proper body. In today’s regulatory landscape, especially for companies holding licences such as those granted to Zee, there are already substantial fetters on changes in management and the control of the licensee.

Justin Bharucha is the managing partner and Sneha Jaisingh is a partner at Bharucha & Partners. Jaidhara Shah, an associate, also contributed to the article 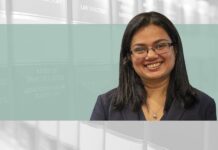