Prime Minister Modi launched the Gati Shakti National Master Plan (plan) in October 2021. This is a multi-billion US dollar infrastructure plan for multi-modal connectivity to economic zones. The plan envisages a digital platform to integrate planning and coordination for multimodal infrastructure connectivity projects across central government ministries and departments. It encompasses railways, roads and highways, petroleum and gas, power, shipping and aviation. By coordinating the policies of disparate agencies the plan will streamline decision-making and optimise the use of resources. Inefficiencies in logistics supply chains will be reduced, lowering costs and providing last mile infrastructure connectivity. Massive employment generation and infrastructure development will result, ushering in rapid economic growth in the post-covid era.

The Department for Promotion of Industry and Internal Trade functions will be the pivotal ministry, with a three-tier system consisting of the Empowered Group of Secretaries (EGOS), the Network Planning Group (NPG) and the Technical Support Unit (TSU) overseeing and implementing the plan. The EGOS, comprising the cabinet secretary and ministry secretaries, will review and monitor implementation and amendments. The NPG, comprising heads of planning wings of various ministries, will assist the EGOS. The TSU is to provide technical assistance to enhance optimisation and reduce logistic costs.

The plan addresses issues that plague infrastructure projects. A major issue faced by developers is the multiplicity of approvals and delay in obtaining clearances, increasing cost and time project overruns. Departmental connectivity will produce synergy that will prioritise projects, leading to faster implementation and cost control. India suffers much higher logistics supply chain costs compared with the global average. These will be lowered by the better coordination between departments, central and state governments that the plan will achieve.

There are issues that must be addressed to ensure the plan’s effective implementation. A sufficient number of adequately financed and bankable infrastructure projects must come on stream across the country to attract domestic and foreign investment. Such projects can then be efficiently developed under the plan. In parallel, the government has been relaxing foreign direct investment limits in such sectors as defence production and coal mining. Agencies coordinating under the plan will work in conjunction with the National Infrastructure Pipeline which facilitates the development of large-scale infrastructure projects and attracts investments into them. The agencies will also work with the National Monetisation Policy to generate capital through the monetisation of assets, particularly those that are “de-risked” from execution risks, and brownfield assets with stable revenue generation profiles, including ports, airports, and roads.

The Task Force, Department of Economic Affairs, acknowledged that to scale up infrastructure investments, it is crucial to update and reform existing sectoral policies. It recommended the adoption of international contract standards, such as FIDIC (International Federation of Consulting Engineers) standards, bidding for and awarding of projects only after meeting requirements such as acquiring 90% of contiguous land and obtaining clearances.

Structural problems must also be addressed. Project bottlenecks usually arise from delayed approvals and clearances from different departments and agencies. Solutions such as single window clearances and a Geographic Information System-enabled land bank are being implemented, and, in tandem with the plan, will greatly alleviate these problems.

The plan has been put into motion and over 100 projects have been identified. Already, benefits can be seen in the rapid and coordinated development of various industrial corridor projects, the two defence corridor projects, smart cities, industrial townships and manufacturing clusters, and strategic projects under the aegis of the National Industrial Corridor Development Corporation Limited. They have had a transformative effect. There has been a positive shift towards efficient infrastructure planning and coordination, which is a gamechanger. However, the government must address regulatory hurdles and actively promote investment in infrastructure to make the plan a win for all stakeholders. 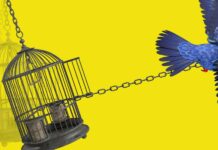 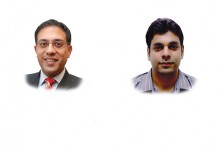 Why the automation of compliance processes is the need of the hour
In a celebration of ingenuity and excellence, we reveal the winners of our annual law firm awards
Does the de minimis exemption help or hinder the CCI?