The protection of trade secrets has consistently been one of the key links in the management of legal risks by enterprises. Particularly in the high-tech industries, the departure of a senior officer or a core technical person often results in a massive loss, such as the disclosure of trade secrets, reduction in market share, loss of key customers, etc.

Typical cases in recent years include: (1) in 2015, Huawei’s former vice-president was sentenced to one year and seven months in prison for infringement of Huawei’s software copyrights; (2) in 2016, there was the case of Tencent seeking to recover several tens of millions of renminbi in equity profits from a senior officer who jumped to Ali; (3) the case of Sohu seeking non-compete damages in the amount of RMB50 million (US$7.6 million) against the former general manager of its video-copyright cinematography centre, who jumped to Youku; and (4) in May 2015, there was the unfair competition case in which AutoNavi sued Didi for damages in the amount of RMB75 million for maliciously recruiting several of its senior officers. These cases highlight the importance of guarding against the risk of disclosure of trade secrets that arises when senior officers depart. The author makes the following recommendations on how an enterprise can protect its trade secrets under current laws, regulations and relevant adjudication practice.

Comprehensive classification of trade secrets by level and establishment of a sound confidentiality system. Pursuant to relevant provisions of the Law against Unfair Competition and the Employment Contract Law, the taking of confidentiality measures by a rights holder is one of the preconditions for securing the legal protection of trade secrets. In judicial practice, when trying a case, the court will first require the rights holder to show that it took reasonable confidentiality measures in respect of its trade secrets. The operations of a high-tech enterprise will usually involve numerous categories of trade secrets, including such technical secrets as undisclosed technical information, achievements at various phases of research and development, process formulas, etc., as well as such business information as customer lists, procurement and supply channels, operational and management methods.

In handling such information, an enterprise should divide the same into levels depending on its potential value, market demand and degree of soundness, then divide it into different confidentiality levels, such as top secret, secret, confidential, etc., depending on the different levels of commercial information, then take different protective measures for the various levels, keep a record of the employees who have access to specific trade secrets and restrict access to it, and segment key trade secrets so as to guard against any one person having knowledge of all the key core trade secrets. The obligations of confidentiality borne by employees and the penalty measures for divulging secrets may also specifically be provided for in the employee handbook or other internal rules and regulations, and trade secret compliance training may be provided to employees on a regular basis.

Selection of the appropriate means for seeking relief. Under the current legal framework in China, an enterprise, in protecting its trade secrets, may choose among labour dispute arbitration/litigation, civil infringement or breach of contract litigation, unfair competition litigation, administrative penalties, opening of a criminal case, etc., to seek relief. As the requirements for opening a criminal case are relatively stiff and the effects and punishment severity of administrative penalties are not ideal, the most common means of protecting rights at present are labour dispute litigation and civil procedures.

In non-compete cases and trade secret infringement cases, enterprises usually face a very heavy burden of proof. Whether it took reasonable confidentiality measures, whether the non-compete agreement is valid, whether the former employee has committed a non-compete act, determination of the amount of liquidated damages, finding of infringement, determination of the amount of the economic losses incurred as result of the infringement all become issues on which victory in a case hinges.

It is worth noting that in the course of the recent revision of the Law against Unfair Competition, a relevant provision once appeared in a draft sent for review: “If the holder of rights in trade secrets is able to show that the information used by another is substantively identical to its trade secret, and such party was in a position to have access to the trade secret, such party must bear the burden of proving the lawful provenance of the information that he/she is using.” Unfortunately, this provision did not find its way into the final amended draft. From this it can be seen that the legislative authority is hesitant to bring the principle of shifting of the burden of proof into trade secret infringement cases. 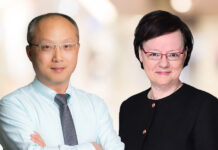 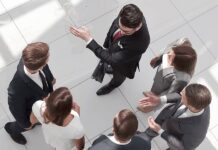