The Seed Law (Draft Amendment) was published for comment on 20 August 2021. Amendments were last made to the Seed Law in 2015, which brought the protection of plant variety rights (PVR) from the level of administrative rules to the level of laws. The draft amendment expands the protection scope of PVR, introduces the essentially derived variety (EDV) system for the first time in China, and imposes heavier punishment for PVR infringements.

The draft amendment comes soon after the recent issuance of the Provisions of the Supreme People’s Court on Several Issues Concerning the Application of Law to the Trial of Cases Involving Disputes Over Infringement of New Plant Variety Rights (II) (Judicial Interpretation), effective from 1 July 2021.

The draft amendment expands the scope of protected acts under article 28 of the Seed Law. Under the current Seed Law, a person may not, without the permission or authorisation of the PVR owner, produce, propagate or sell propagating material of a PVR protected variety. The draft amendment adds the following acts as PVR protected acts requiring the PVR owner’s permission or authorisation: processing, offering for sale, importing, exporting and storing for the purpose of the above acts of propagating material of a protected variety. 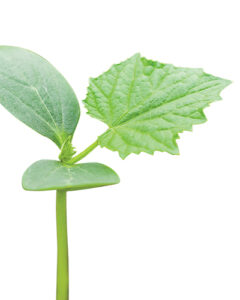 The expansion of the scope of PVR under the draft amendment expands on the position under the judicial interpretation, which has confirmed that the People’s Court may also deem the following acts to be infringing: advertisement or exhibition of propagating material with the intent of selling, and the act of planting or growing propagating material.

The draft amendment introduces a system for EDV under the Seed Law. According to the draft amendment, an EDV can be granted PVR protection, but commercialisation of the EDV (by performing PVR protected acts in relation to the EDV) will require authorisation from the PVR owner of the initial variety.

The draft amendment also provides that the Ministry of Agricultural and Rural Affairs and the National Forestry and Grassland Administration will be responsible for issuing an implementation list, which we understand will list the species or genera for which the EDV will be applicable, and determination guidelines for assessing the EDV. As such, the application of the EDV in China may be by way of a crop-by-crop incremental approach.

It is understood that the introduction of the EDV system into the Seed Law is aimed at promoting stronger IP protection for plant varieties so as to stimulate greater innovation in plant variety development. Specifically, the introduction of EDV is aimed at addressing the serious issue of seed homogeneity and narrowing plant genetics in major staple crops in China, which has resulted in the registration of a large number of varieties for commercialisation, with few breakthrough varieties. In line with the introduction of the EDV concept, the draft amendment also amends the objectives of the Seed Law to include “the stimulation of original breeding innovation”.

To address these issues, the draft amendment could go further by:

The draft amendment increases the amount of compensation that can be ordered for serious PVR infringements from three times the amount determined by the normal calculation of damages in accordance with article 72 of the Seed Law, to five times that amount. Further, where it is hard to calculate the damages based on the losses incurred by a PVR owner, the benefits obtained by the infringer, or the royalty of a PVR, the maximum statutory compensation has been raised from RMB3 million to RMB5 million. The higher cost of infringing in PVR is likely to deter infringements and provide a better environment for breeding companies.

In addition, the draft amendment strengthens the management of inspection and quarantine. For example, anyone producing seeds without the isolation and cultivation conditions for propagating seeds, and anyone producing seeds without implementing seed inspection and quarantine procedures, will be subject to confiscation of the illegal gain and seeds, a fine, and/or revocation of its seed production and business operation licence. 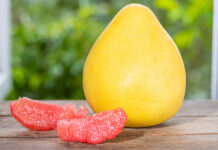