The capital markets regulator has facilitated IPOs in 2021, but has also sought to deter large shareholders from using them as an avenue for quick company exits, writes Manshoor Nazki

The year 2021 has undoubtedly been one of the best for Indian primary markets. According to the data available on the BSE website, 2021 saw 64 companies accessing the primary markets and raising the most ever in a calendar year – a total of about USD13.33 billion.

Even the events towards the end of 2021, including the surge in Omicron variant cases, weren’t enough to slow down this trend, with December seeing 12 companies raise USD2.05 billion and 16 companies file their draft documents with the Securities and Exchange Board of India (SEBI).

The performance of the stock markets and a rapid increase in first-time investors, including high net-worth investors, have been cited as among the many reasons for this trend. One estimate suggested that more than 14.2 million new individual investors had participated in the stock markets in 2020-21.

2021 also saw some of the best performances in the primary market with new-age tech companies (NATCs) leading the way. In this year of startups, we saw NATCs such as Nazara, Zomato, CarTrade, Nykaa, Paytm and Policybazaar get listed in India. Many of the companies that had undertaken capital raising during this time had done so to recover from the impact of covid, as well as for expansion of their businesses, which they expect to grow rapidly.

Even though the start of 2022 has not been great in terms of the performance of the stock markets – with key indices Sensex and Nifty50 both plunging by around 3% since the beginning of the year – the pipeline for IPOs still seems strong.

Companies are looking to access the primary markets this year in sectors like insurance, education technology and healthcare. This year three companies have already listed and around 20 more have filed their draft documents with SEBI, including Life Insurance Corporation of India (LIC).

India’s largest government-owned life insurer, LIC is looking to access the primary markets with an IPO size estimated to be in the vicinity of USD9.29 billion, far exceeding the largest IPO to date, which was Paytm, with about USD2.39 billion.

Access to Indian equity markets for companies is largely governed by regulations framed by SEBI. Even though the Companies Act, Foreign Exchange Management Act, and Securities Contracts (Regulation) Act also apply to companies seeking to raise capital, SEBI’s Issue of Capital and Disclosure Requirements Regulations, 2018, is the primary governing framework.

These regulations apply to listed and to-be-listed companies, and govern: (1) public issues (IPOs and further public offerings); (2) rights issues (essentially an offer to a company’s existing shareholders); and(3) private placements (issuance to select investors, including to qualified institutions buyers).

SEBI is the principal regulator for Indian capital markets and has traditionally been very active, often struggling to achieve a balance in its statutory goals of investor protection on one hand, and development of markets on the other. SEBI frequently updates its regulations and typically undertakes public consultation before bringing out any major policy changes, even though the impact of public comments on the outcome may be debatable.

In the wake of the recent surge in IPO activity, SEBI has, within the past year or so, made several changes to its framework governing offerings, apparently aimed towards NATCs. As expected, many of the NATCs come to the public markets with rather unique business models, and consequently unique requirements of capital.

A majority, if not all of these NATCs, are keen to access public capital for growing their business through acquisitions and strategic investments instead of traditional capital expenditure, and therefore want to raise capital as a “blind pool” for acquisitions.

Its impact, however, could restrict companies, especially NATCs, from raising capital in line with their unique business needs. Identifying a target beforehand could not only be impractical for most NATCs, but there could also be serious competitive reasons why a company would not want to identify a target at least two to four months – the time typically between filing the draft offer document and listing – before the actual acquisition.

In another seemingly regressive move for companies that are not profit making (typically NATCs), SEBI recently restricted the number of shares an existing shareholder can offload in an IPO through an offer for sale (OFS). Large shareholders holding more than 20% of the pre-IPO shares can now sell only up to 50% of their holding, with their remaining shares locked in for six months. Further, shareholders with less than 20% can sell only up to 10% of the pre-IPO share capital of the company. These new restrictions will have far reaching consequences for investors in IPO-bound companies.

The OFS component as part of public offers has been quite high in recent years, contributing to 86% of public issues during financial year 2019-20, 70% in FY2020-21 and 62% last year until November 2021, as per data available on the SEBI website. It’s clear that new listings on stock exchanges are taking place largely to provide an exit to existing investors, rather than raising fresh capital.

Of late, private equity investors have not shied away from acquiring large stakes in companies, most of the time going far beyond the 10% threshold. Now, with a limit on how much they can offload in an IPO, funds may need to rethink their investment and exit strategies for such non-profitable companies, given the timelines around a fund’s life cycle. SEBI has also recently tightened the rules around pricing by mandating price bands to have a minimum range of at least 5%.

On the other hand, SEBI has taken certain steps aimed at facilitating IPOs and deepening the primary markets. Not too long ago, it reduced the lock-in period for existing shareholders and promoters (subject to certain conditions) from one year and three years to six months and 18 months, respectively.

It also rationalised the definition of promoter group and reduced disclosure requirements in respect of group companies in offer documents, and is taking steps for moving from the concept of promoter to that of a controlling shareholder.

SEBI has also come out with a framework for differential voting rights, keeping in mind the typical capital structure of NATCs and the demand for such a framework by founders who want to retain control with minimal shareholding.

In SEBI’s words: “The enthusiastic reception of issuances by investors, including retail investors, is a reflection of the confidence reposed by them in the Indian securities market”, but the truth might be more complicated.

Will 2022 and the years ahead pan out like many have prophesised, and break all records, or will factors such as global trends and events, inflation, interest rate hikes and pressure on earnings make investors cautious? How SEBI continues to react to non-traditional companies, and what policy decisions it takes, will also have a big impact on how the equity markets in India perform in the next few years. 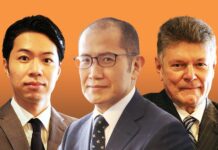 As clients get savvier, law firms face pressure to lower their fees
A framework for the deployment of sovereign green bonds shows the government is committed to a marriage of climate and infrastructure
Are industry calls to tone down cybersecurity directives being heard?