50 law firms that are on the ascent

Ask any in-house lawyer to name India’s most reputed law firms and most will mention the six or seven that have for long dominated the market. The small and medium-sized firms that lie beyond are rarely considered. Yet, within this universe are firms that in-house lawyers often turn to for outside counsel.

Many of these lesser known firms have been set up by entrepreneurial lawyers who might have started out at the big-name law firms. As a result, clients find that capabilities and standards can be similar, but are available at more reasonable rates.

India Business Law Journal’s Rising Stars of India’s legal profession honours 50 such small and medium sized firms from within this often overlooked universe. In turning the spotlight on these firms, we seek to recognize their potential.

India Business Law Journal’s list of 50 Rising Stars of India’s legal profession was compiled following an extensive consultation exercise in which in-house counsel were invited to nominate up-and-coming Indian law firms that have the potential to become market leaders. They were asked to nominate law firms as opposed to individual lawyers, and to consider new firms as well as long-established firms that have recently reinvigorated themselves and show great promise.

All Indian law firms, except those that have been award winners in India Business Law Journal’s annual Indian Law Firm Awards (and whose stars may therefore be considered to have already risen), were eligible for consideration. As always, there were no fees or any other requirements for being considered.

What is a rising star?

While all 50 firms are of varying vintage and size, the one common trait is that they are all on an upward trajectory. This could be because they are widening their areas of key expertise or due to a recent reorientation of the firm’s strategy or that the firm is reaping the rewards of its hard work. As a result, while several of these firms are well on their way to becoming providers of top-class advice and representation, the rest are not far behind.

Moreover, India continues to be a market where clients rely on individual lawyers rather than law firms. Law firms – including our Rising Stars – typically have at its helm, and occasionally within its folds, one or two lawyers who draw in the clients.

What follows is information on a selection of this year’s Rising Stars among Indian law firms.

Atlas Law Partners, set up in 2016 by Harry Chawla and Niti Paul, former partners at Cyril Amarchand Mangaldas, is a rising star. Chawla is lauded for advice that proved “essential to successfully overcome” what Marion Hermatschweiler, head of legal at German asset manager, Euramco Holding, describes as a substantial crisis at the company’s business in India. A second German client of the firm, meanwhile, commends Paul for providing advice that is “of great value” and helps achieve targets “while minimizing legal risks and traps”.

Law Offices of Panag & Babu, a 24-lawyer firm with offices in New Delhi, Mumbai and Bengaluru, is of a similar vintage and according to its founding partner, Sherbir Panag, it has built up “the largest white-collar crime team in the country”. Panag says, “almost all the prominent white-collar crime matters in the country end up having something to do with us”. A case in point is a probe into the headline-making allegations of irregularities in loan accounts at ICICI Bank, which according to news reports is being conducted by the firm, however, Panag declined to confirm or comment on it.

BTG Legal, headed by Prashant Mara, recently opened an office in Bengaluru and is therefore said to be “really picking up”. The firm was set up in 2014 and currently has around 20 lawyers. According to Ulrich Bäumer, a partner at Osborne Clarke, which has a best friend relationship with BTG Legal, “no other law firm has ever built such a book of business in such a short time. Prashant understands European clients like no other lawyer in India”. Its clients include Facebook, Linde, Wirecard and Dassault.

Obhan & Associates, headed by Essenese Obhan and based in New Delhi, has a highly regarded intellectual property (IP) rights practice and corporate practice. This combination is unusual but is clearly working. Ashima Obhan, who heads the firm’s corporate and M&A practice and was formerly at AZB & Partners, has built up a reputation for her work with clients in the publishing industry. Harish Doraiswamy, vice president, Pearson India Education Services, says she has “built a committed team that is willing to do what it takes to meet aggressive deadlines”.

The majority of the Rising Stars are located in Mumbai and New Delhi in close proximity to their clients and the regulators. In this regard they are no different to the more established players.

Chandhiok & Mahajan has its feet firmly planted in New Delhi. The firm, which was formerly known as Chandhiok & Associates, has built a reputation for the key specializations of its two named partners Karan Singh Chandhiok, a competition law and dispute resolution specialist, and Pooja Mahajan, who is a restructuring specialist.

Another New Delhi-based firm, Alpha Partners, headed by Akshat Pande, has an extensive corporate and real estate practice that is lauded for its ability to handle complex transactions despite being a small firm. “Being a combination of individuals who have worked with large law firms and have the requisite experience, they are able to ensure the same level of quality as that of a large firm,” says Rakesh Tulsiani, chief operations officer of Digitalabs.

Corp Comm Legal in New Delhi is headed by veteran lawyer Bhumesh Verma. The firm is commended for its M&A expertise. Strongly recommending Verma for clients looking to do business in India, Massimo Caiazza, a partner at Caiazza & Partners in Milan, describes him as a “skilled and experienced international business lawyer” who is “reliable and easy to reach”.

Founded in 2016 by Salman Waris, a former partner at Seth Dua & Associates, New Delhi-based TechLegis has garnered the confidence of some Chinese clients who are attracted to India’s booming mobile phone and other tech markets. “Salman understands the business before giving any advice,” says Yogesh Hunnargikar, deputy general manager, legal, at ZTE Telecom India. “This is his USP, which results in the best interest of his clients”. Waris heads the firm’s technology media and telecom (TMT) and IP practice groups.

Agama Law Associates, a newcomer to India Business Law Journal’s Rising stars, is based in Mumbai. Nitin Jain – a former in-house lawyer at Tata Chemicals – joined the firm earlier this year. Describing him as very meticulous, Girish Gadgil, senior general manager, group legal at Mahindra & Mahindra, applauds his ability to “draft quality documents for his clients”, which as Gadgil says is “is very important for corporates so that their interests are adequately protected”.

Anoma Legal may be a new kid on the block, but the Mumbai-based firm carries with it the clout of being set up by seven former K Law partners. Gaurav Mediratta, executive vice-president and group general counsel of Marico, lauds M&A expert Krishna Venkat for being extremely accessible and for his ability to understand the needs of the clients.

Khaitan Legal Associates headed by Sakate Khaitan has made a name for its insurance and litigation expertise. The firm has offices in Mumbai and London. Babita Ambekar, the former head of India practice at Duane Morris & Selvam in Singapore, who has recently moved to DWF, commends Khaitan for “his active pursuit of technical excellence while meeting the needs of a growing law firm is commendable”.

Read more: Gender no bar – Eleven of the 50 law firms named as India Business Law Journal’s Rising Stars are headed by women. Is this significant? We think it is →

Fidus Law Chambers, headed by Shwetasree Majumder, is an IP boutique that has many appreciative clients including IKEA. Describing her as “just superb”, David Bernstein, who chairs the IP litigation group at Debevoise & Plimpton, says: “Shwetasree is a terrific lawyer, a savvy counselor and a wonderful partner. She understands what international clients are looking for, develops creative and practical advice that is sensitive to the business needs of the matter, and executes on the strategy efficiently and flawlessly”.

Vutts & Associates headed by Vaibhav Vutts has similarly made itself a name for IP rights matters. “We’ve had the good fortune to work closely with Vaibhav [Vutts at Vutts & Associates] during the past few years, and we’ve found Vaibhav’s expertise and professionalism to be exceptional,” says Ashit Garg, head of legal for India and of global compliance Middle East and Asia at the Indian arm of Danish engineering and design consultancy Ramboll. Others at the firm are similarly recognized for their technical competence and for being very proficient.

Seetharaman & Associates was set up just a year ago, but the New Delhi-based firm is well-primed for success given the credentials of its main founder S Seetharaman, a former equity partner at Lakshmikumaran & Sridharan, who headed its World Trade Organization and competition law practice. Other founding partners at the firm – all former partners at Lakshmikumaran & Sridharan – include Atul Sharma, who earlier headed Lakshmikumaran’s office in Geneva, Abir Roy and T Sundar Ramanathan. Describing Roy, a competition law expert, as an “in-house counsel’s delight”, Rangam Sharma, counsel at Guild Capital, says “once he is given charge of any matter, he completely owns it”.

Ashok Dhingra Associates has built up a reputation as a go-to firm for indirect tax litigation and advisory services. Headed by a former chair of taxation at J Sagar Associates, Ashok Dhingra, the firm is applauded for resolving tax disputes on behalf of clients including that of an offshore installation contractor in the oil and gas sector.

Rajeev Balyan, head of export and import at DSM Sinochem India, says Dhingra has won all its indirect tax matters heard at the level of Income Tax Commissioner, the Customs, Excise and Service Tax Appellate Tribunal and the high courts.

Keystone Partners is a specialist civil litigation and dispute resolution firm that is gaining recognition among Indian businesses. It has almost thirty lawyers and offices in Bengaluru, Mumbai and New Delhi. Headed seven partners, the firm is lauded for its expertise, professionalism and integrity.

Lawyers At Work headed by Talha Salaria wins applause for its expertise in small and medium M&A transactions. “They are very reactive and responsive, very efficient with deep knowledge on the subject matter and very business oriented,” says Erwan Carpentier, senior vice-president and general counsel at Mindtree. “They know our expectations, they can make out the difference between being too conservative with many comments and being reasonably risk taking … while protecting our company,” he says.

With its main offices in Bengaluru and Mumbai, Spice Route Legal continues to make waves as it establishes itself in the market. The firm, which was founded by Praveen Raju, a former K Law partner, and Matthew Chacko, who was previously head of Kochhar & Co’s Singapore office, set up an office in Kochi in May.

“They put clients first, even if it sometimes means lower fees for them,” says Mayukh Choudhury, co-founder and CEO at crowdfunding platform Milaap. Another client, Sharadh Ratnakumar, managing director at Eila Consulting, says “Praveen has “a very good command over the law and a great understanding of business.”

We are confident that all 50 Rising Stars similarly put their clients first.

Gender no bar – Eleven of the 50 law firms named as India Business Law Journal’s Rising Stars are headed by women. Is this significant? We think it is 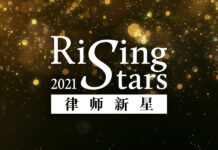 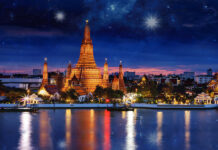 In the first of our new series that identifies movers and shakers making waves in regional legal markets, we showcase Thai law firms on the rise 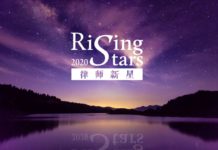