As the region gears up to meet ambitious economic goals, supplying energy needs is putting strains on resources, the environment and regulatory mechanisms. We explore some key regional developments in energy laws.

Energy is a vital and indispensable resource for any economy. For the Philippines, which is one of the most rapidly developing countries in Southeast Asia, the direction is to seek alternative rather than conventional sources of energy to meet its needs as a non-oil producing country.

At present, the primary source for power generation in the Philippines is coal, which accounts for 49.6% of the total power mix, followed by renewable energy (RE) at 24.6%, natural gas (11.8%), geothermal energy (10.9%), and oil-based sources (3.8%). The Philippines is heavily reliant on imported energy, which accounts for 49% of the total energy mix.

Against this backdrop is the steady increase in Philippine energy consumption. This is apparent from the jump in 2016, from 32.2 million tons of oil equivalent (MTOE) to 33.9 MTOE in 2017. The Asian Development Bank estimates that by 2035 the energy consumption of the Philippines could reach 49 MTOE. The growth may be attributed primarily to the transportation sector, which constitutes 34.9% of total energy consumption, while the residential sector accounts for 27.1%, the industry sector 23.55%, the commercial sector 13%, and the agricultural, fishery and forestry sectors 1.5%.

In order to secure a more sustainable power supply, the Philippines has tried to reduce its dependence on coal by diversifying its energy sources, particularly by developing its RE sector. The Philippine government has introduced different plans throughout the years to promote RE as a means of attaining national energy self-sufficiency, energy security, and environmental sustainability.

In 2011, the Department of Energy (DOE) introduced its Energy Reform Agenda, which encouraged the development of the RE sector and directly addressed the depletion of the Malampaya gas field, which is currently the only source of natural gas in the country. Malampaya’s reserves are projected to decrease significantly by 2020, and to be completely depleted by 2027.

The DOE’s Philippine Energy Plan (PEP) 2017–2040 outlines expected changes and sets goals for the energy sector by 2040. Some of the key items on the government’s agenda are:

(2) increase reserves and production of local oil, gas and coal;

(3) deliver a quality, reliable, affordable and secure power supply; and

Among the related developments is the issuance by the DOE of the implementing rules for the Green Energy Option Programme (GEOP) in 2018. The GEOP provides an option for consumers to source their supply from RE producers, and its implementation is expected to enhance competition among the different energy suppliers.

The DOE, through its Renewable Energy Management Bureau, is likewise exploring means to revitalize the RE sector with new issuances, such as:

(3) The Guidelines Governing the Issuance of Operating Permits for Renewable Energy Suppliers Under the GEOP, which is expected to be issued before the end of 2019;

(4) Enhancement to Net Metering for RE Policies;

(6) Guidelines on the Duty-Free Importation and Monitoring of Utilization of RE Machineries, Equipment, Materials and Spare Parts;

(7) Operationalization Guidelines for the Collection, Remittance and Utilization of RE Trust Fund; and

Aside from the above-mentioned DOE issuances, other significant laws and regulations have been enacted. First, the Energy Virtual One-Stop Shop (EVOSS) Act was passed into law by the Philippine Congress during the first quarter of 2019, and was soon followed by the issuance of DOE Department Circular No. DC2019-05-0007, the Implementing Rules and Regulations (IRR) of the EVOSS Act.

The passage of the law and its IRR is expected to streamline the permitting process of power generation, transmission and distribution projects through an online platform called EVOSS. It is envisioned that the EVOSS Act will improve the country’s energy use by reducing power generation charges and encourage investment in the country’s RE industry.

Further, the president issued Executive Order (EO) No. 30 creating the Energy Investment Coordinating Council (EICC) in 2017. EO No. 30 gives priority to energy projects of national significance (EPNS) by establishing “a simplified approval process and harmonizing the relevant rules and regulations of all government agencies involved in obtaining permits and regulatory approvals” in cases of EPNS. Interested applicants or proponents must justify “in a clear and unequivocal manner” how their projects are in consonance with the goals and objects of the PEP 2017-2040 in order for the EICC to issue certificates of EPNS.

Various bills strengthening and promoting the use of RE are currently pending with the Philippine Congress, including:

(1) House Bill No. 01481, An Act Creating the Solar Energy Development Authority and Appropriating Funds Therefore, which has been pending with the Congressional Committee on Government Reorganization since 24 July 2019;

(2) House Bill Nos. 02099 and 02427, An Act Strengthening the Energy Regulatory Commission by Expanding and Streamlining its Bureaucracy, Upgrading Employee Skills, Augmenting Benefits, and Appropriating Funds Therefore; and An Act to Enhance the Governance Structure of the Energy Regulatory Commission. Both are pending with the Congressional Committee on Energy since 29 July 2019; and

(3) Senate Bill No. 990, An Act to Strengthen the Jurisdiction and Power of the Department of Energy Over Petroleum Pipeline Operations and For This Purpose Provide a Petroleum Pipeline Code to Prescribe Standards for the Design, Construction, Operation and Maintenance and Abandonment of Liquid Petroleum Pipelines and Appropriating Funds Therefore, and for Other Purposes, which has been pending with the Senate’s Energy Committee since 2 September 2019.

In addition to the RE efforts of the Philippines, the development of liquefied natural gas (LNG) has also been favoured. A Notice to Proceed issued to First Gen Corporation to build an LNG import terminal within its power plant complex in the Southern Luzon province of Batangas was signed by DOE Secretary Alfonso Cusi in March 2019, and was granted EPNS status by the government.

On 31 July 2019, a 25-year franchise was granted to Solar Para Sa Bayan Corporation, allowing it to use RE-powered microgrids to provide electricity to unserved/underserved areas in selected provinces. It is the first solar energy company to be granted such a franchise, and could be the first step towards addressing a major national problem, considering that as much as 10.4% of Philippine households, or an estimated 12 million Filipinos, lack access to electricity.

There also remains a need to establish a more cost-effective energy mix to bring down the Philippines’ oppressive cost of electricity. The nation’s heavy reliance on imported coal is seen as one of the major causes of the runaway price of electricity.

The national government has been exploring all possibilities to address this, including the use of nuclear energy. The DOE’s Cusi recently stated that “nuclear energy holds much promise for our national interest, especially in light of our collective quest to implement our long-term energy plans”.

However, the national government has not issued an official position on nuclear energy. This may be attributed to continuing strong resistance to it due to accidents in other countries involving nuclear facilities.

Challenges to the local development of nuclear energy also remain unresolved, which include public acceptance, lack of political will, possible high infrastructure costs and the question of how to dispose of nuclear waste. 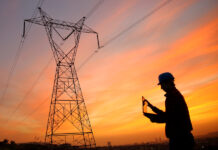