Bankruptcy reorganisations have gone mainstream in the past few years, a process stoked by the pandemic, as both private and state-owned businesses have sought ways to restructure their bad debts. China has taken significant strides in enabling bankruptcies, but there is a long way to go, reports Sophia Luo

s the coronavirus pandemic has ravaged companies and the global economy, the social value of bankruptcy has been taken more seriously and fully demonstrated. Not only the small and medium-sized private firms less able to fend off risks, but troubled state-owned enterprises (SOEs), once assumed to be too big to fail, have chosen to enter bankruptcy with the aim of being reborn.

Undoubtedly, bankruptcy helped private companies ride out the storm. As of the end of 2020, more than 30 companies with gross debt exceeding RMB10 billion (USD1.6 billion) each had completed their restructuring processes and swung back into profit, according to Supreme People’s Court data released in September. In 2020 alone, the courts liquidated RMB470.8 billion in assets through reorganisation, giving 532 firms a new lease of life.

Private company bankruptcies accounted for almost 90% of the total cases in the year, according to a report given in August by Wang Dongming, vice-chair of the Standing Committee of the 13th National People’s Congress.

SOE-related bankruptcy cases such as those of HNA Group, Founder Group and Tsinghua Unigroup, have recently become the centre of attention. This also underlines the fact that bankruptcy reorganisation has what it takes to play a bigger, vital role in deepening the reform of SOEs.

There have been significant reforms and new initiatives in bankruptcy reorganisation in the past year. The issues facing SOE-related reorganisations have come under the spotlight, with a few high-profile SOE bankruptcy cases finally settled. Meanwhile, the introduction of the government-court linkage mechanism in the bankruptcy process has ignited hopes of reducing the social problems arising from the process.

Shenzhen’s rollout of the country’s first personal insolvency regime has also led to heated discussions on the mechanisms of the much-anticipated system. The special assets market has embraced historical highs thanks to the rise in bankruptcy cases. 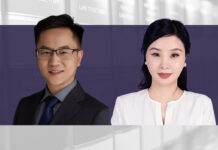 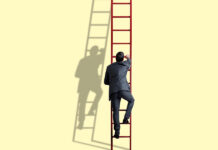