It is unusual for two jurisdictions that are part of a larger state to ceremonially conclude an agreement allowing for the mutual enforcement of arbitral awards between them. Yet, under the People’s Republic of China (PRC) Special Administrative Region (SAR) regime, that is what recently occurred. On 7 January 2013, Hong Kong’s secretary for justice, Rimsky Yuen, and Macau’s secretary for administration and justice, Florinda Chan, signed the Arrangement Concerning Reciprocal Recognition and Enforcement of Arbitral Awards Between the Hong Kong Special Administrative Region and the Macau Special Administrative Region. The HK-Macau arrangement will provide for the mutual recognition and enforcement of arbitral awards between Hong Kong and Macau, the two SARs of China, but will only become effective upon a future date to be agreed between the Hong Kong SAR and Macau SAR governments. 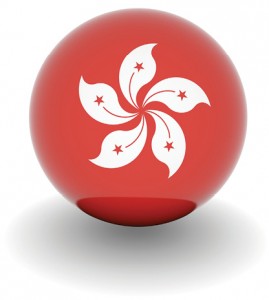 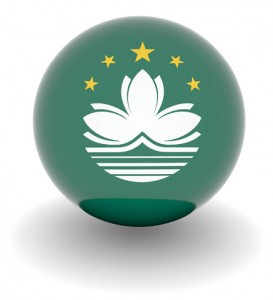 The PRC has already concluded separate agreements with Hong Kong and Macau regarding the mutual enforcement of arbitral awards. The Arrangement Concerning Mutual Enforcement of Arbitral Awards between the Mainland and the Hong Kong SAR (HK-PRC arrangement), was signed in 1999 and entered into force in 2000. This was in response to the uncertainty caused by the handover of Hong Kong to China in 1997, which manifested itself in the case of Ng Fung Hong v ABCI, where Hong Kong’s High Court held that PRC awards would no longer be enforceable in Hong Kong. A similar concern arose with Macau’s return to China in 1999, which resulted in the Arrangement concerning Mutual Recognition and Enforcement of Arbitral Awards between the SAR of Macau and the Mainland (Macau-PRC arrangement) being signed in 2007 and which entered into force in 2008.

Regime between HK and Macau

The mechanism for enforcement of Macau awards in Hong Kong is currently governed by sections 84 to 86 of the Hong Kong Arbitration Ordinance. These sections deal with the general enforcement of arbitral awards, as opposed to the enforcement of New York Convention awards or mainland awards.

Enforcement under this procedure provides an extra ground of refusal under section 86(2)(c) of the ordinance, and allows Hong Kong courts to set aside Macau awards “for any other reason it [a HK court] considers it just to do so”.

The enforcement of Hong Kong awards in Macau is currently governed by the Decree Law 55/98M. If a Hong Kong arbitral award is made in “international commercial” arbitration, it can be recognised and enforced under articles 35 and 36 of the Decree Law. If the character of the Hong Kong award is deemed not to be international under article 1(4) of the Decree Law, then the governing legislation becomes the Code of Civil Procedure of Macau (CCP) at articles 1199-1200. At article 1200 of the CCP, there are no express grounds for the refusal of awards, but rather criteria that foreign awards must satisfy in order to be recognised and enforced. These include: authenticity of the award; respect of due process rights throughout the arbitral process; the non-existence of pending proceedings in courts on the same matter; and non-violation of Macau’s public policy. All of these factors are consistent with the grounds for refusal as set out in the arbitration ordinance.

While the procedures mentioned have enabled awards to be recognised and enforced between Hong Kong and Macau, once gazetted the new HK-Macau arrangement will provide greater certainty and a simpler mechanism for enforcement.

Substance of the arrangement

While the HK-Macau arrangement has yet to come into force, the Hong Kong Legislative Council has released a proposed “unofficial” version for consideration. The Hong Kong and Macau legislatures have chosen to adopt the HK-PRC arrangement’s approach, by not allowing for parallel enforcement proceedings. Article 3 of the HK-Macau arrangement states: “If the result of the enforcement of an award in one place is insufficient to satisfy the liabilities, an applicant may apply to the court of another place for enforcement of the outstanding liabilities.”

It can be implied by the wording under article 3 above that an enforcement proceeding must be completed, and that only if there are any outstanding liabilities thereafter, may the enforcing party apply to the courts of another place for enforcement.

The HK-Macau arrangement more closely reflects the position under the New York Convention, and as such, Macau awards will no longer be refused enforcement by a Hong Kong court “for any other reason it considers it just to do so”. Therefore, the enforcement and recognition of Macau awards becomes potentially more certain.

The authors, Gavin Denton and Brian Lin, are from Arbitration Chambers Hong Kong