Our publications
Home Business law digest What can business expect from RCEP? 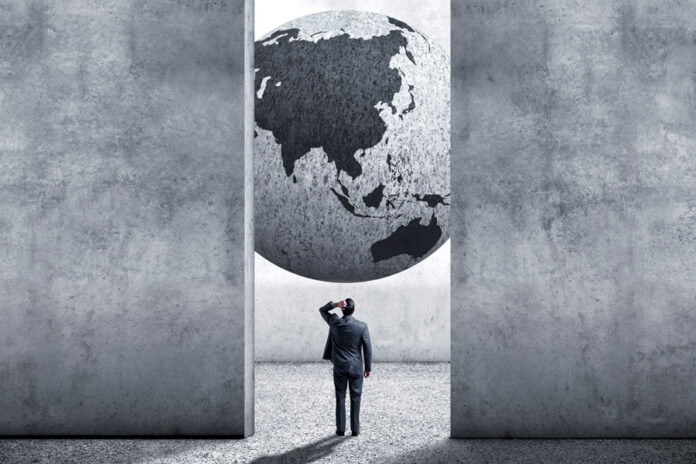 The Regional Comprehensive Economic Partnership (RCEP) agreement was signed on 15 November 2020 by the 10 ASEAN countries along with Australia, China, Japan, New Zealand and South Korea, after almost a decade of negotiations. It is currently the largest regional free trade agreement (FTA) outside the World Trade Organisation (WTO), accounting for about 30% of the world’s GDP. The RCEP’s legal text consists of 20 chapters covering topics relating to trade in goods and services, movement of people, investment, intellectual property (IP), e-commerce, competition, government procurement and dispute settlement.

Key developments expected under the RCEP include further liberalisation of trade, including tariff elimination by 92% over a period of 20 years, removal of non-tariff trade barriers and increased trade facilitation, removal of barriers to services sectors, as well as an enhanced business environment through regulation.

The RCEP consolidates members of the existing ASEAN + 1 agreements with the five non-ASEAN member states (namely, Australia, China, Japan, New Zealand and South Korea). From a rules-of-origin perspective, this provides greater ease in meeting the regional value content requirements through the cumulation rule, which allows goods obtained from or processed in a member state to be considered as originating in another member state. The RCEP also allows further optimisation of supply chain, as manufacturers may source materials used in manufacturing from all member states based on costs, transportation ease and speed, quality and other relevant considerations, while benefitting from preferential tariff treatment.

The RCEP marks the establishment of an FTA for the first time between Japan, China and South Korea. Together, the three major Asian countries account for about 24% of the world’s economy, with a combined yearly trading volume of more than US$720 billion. The trade volume between the three countries is expected to increase considerably as a result of tariff concessions and trade facilitation. For example, Japan could benefit significantly from tariff concessions on its automotive products, which cover nearly 90% of automotive parts exports to China. In return, Japan will also eliminate tariffs on 56% of farm products imported from China, with certain exceptions.

Given historical trade tensions, it will be interesting to see how the RCEP will be implemented and utilised in these member states.

An upgrade of the existing ASEAN +1 agreements. In recent years, the Comprehensive and Progressive Agreement for Trans-Pacific Partnership (CPTPP) has set a high standard for a 21st-century FTA, where business environment-related issues such as IP protection, regulation of state-owned enterprises, government procurement, environmental rules and labour concerns are addressed in great detail. In balancing the differing economic positions and market conditions in its developed and less developed nations, the RCEP offers an upgrade from the existing ASEAN +1 agreements by addressing new emerging topics such as IP, e-commerce and government procurement, with less liberal requirements as compared to the CPTPP.

A harmonised trade rule book for all. While the ASEAN +1 agreements are largely aligned and reflect similar principles in dealing with trade and business in general, there exist notable differences in the rules and requirements in each FTA, as they were negotiated separately. For many years, businesses have had to navigate through the challenges of differing interpretation of the requirements, depending on where the importers and exporters are located.

Promise of a single rule book that applies to businesses in all 15 member states. It also requires the member states to implement a mechanism for “declaration of origin” within a certain period of time (10 to 20 years) in addition to a certificate of origin mechanism to provide proof of origin for originating goods, for preferential treatment claim purposes. Over time, it is believed that increased consistency in trade and customs practices, as well as interpretation of the RCEP requirements, will lead to greater efficiency and ease of doing business in the region.

The RCEP will enter into force 60 days after at least six ASEAN member states and three non-ASEAN member states have ratified the agreement. The ratification timeline, and expected legal changes required to bring local laws in line with RCEP commitments, differ from one member state to another. Some select jurisdictional considerations are set out below.

Japan. The RCEP is Japan’s first FTA with China and South Korea, and is expected to dramatically increase non-tariff exports of Japanese goods, from 8% to 86% of total industrial goods exported to China, and from 19% to 92% of those to South Korea. There is no significant change in law contemplated, as Japan has already ratified more liberal FTAs such as the CPTPP and the Japan-EU FTA. The National Diet, Japan’s bicameral legislature, approved the RCEP on 28 April, and the country is expected to formally deposit its ratification instrument by summer 2021.

China. The RCEP is of great significance to China, as it signifies and solidifies the nation’s trade relationship in the Asia-Pacific. With the RCEP, China has entered into 19 FTAs with 26 partners, establishing an FTA relationship with Japan for the first time. The country ratified the RCEP and formally deposited its ratification instrument on 15 April.

Thailand. The country is expected to benefit from trade with non-ASEAN member countries, especially China, Japan and South Korea, as these countries will eliminate tariffs on a wider range of goods including agricultural products, food, and industrial products, which do not enjoy preferential tariff treatment under existing FTAs. The RCEP was approved by Thailand’s parliament on 9 February 2021, and Thailand will now move to issue relevant laws and regulations to complete the ratification process by the last quarter of 2021.

Malaysia. The Ministry of International Trade and Industry has indicated its commitment to ratify the RCEP by the first quarter of 2022. Malaysia has signed the CPTPP, which requires a higher standard of commitments, but the process has been a slow burn to date. As such, any significant changes to local laws pursuant to FTAs is likely attributable to the CPTPP, rather than the RCEP.

Australia. A total of 94% of current Australian exports to RCEP member states will have duty-free access when the FTA is fully implemented. Australian businesses, particularly in financial services, aged care, healthcare and education sectors, are expected to benefit from the removal of investment and trade in services barriers. Removal of non-tariff barriers, improved standardisation and transparency will be a key focus, as Australia has committed A$46 million (US$35 million) to provide technical assistance to help eligible ASEAN countries implement their commitments. There is no confirmed timeline for ratification, but the Department of Foreign Affairs and Trade has indicated working towards ratification in 2021.

Indonesia. Under the RCEP, the country’s exports are expected to increase by 11% through supply chain interconnectivity, where its products can be used for processing in other member states to qualify for originating goods under the RCEP. The Ministry of Trade has targeted to complete the ratification process within the first half of 2021.

Singapore. The RCEP is expected to strengthen Singapore’s value proposition as a global trading hub by building onto its existing FTA network and deepening its economic linkages and connectivity in the Asia-Pacific. The RCEP is also expected to benefit Singaporean businesses through harmonised trade rules, as well as elimination of barriers to investments and trade in services in member states. On 9 April, Singapore ratified the RCEP, becoming the first participating country to complete the official process.

Vietnam. The RCEP will represent an increase in competition for goods originating in Vietnam, since many ASEAN countries engage in similar manufacturing activities. However, the opportunities to harmonise supply chains within the region may prove to be an attractive benefit. The World Bank expects an impact on the country’s GDP from the RCEP to be 1% growth. The Ministry of Industry and Trade has also highlighted opportunities for telecoms, information technology, textiles, footwear and agricultural products. Vietnam’s services commitments under the RCEP do not rise to the same standard as the benefits afforded to investors under recent FTAs that the country has entered into, specifically, the CPTPP and the EU Vietnam Free Trade Agreement. The timeline for RCEP ratification has not been confirmed.

New entrants. The RCEP has an open architecture design that allows for future accession by interested countries 18 months after the agreement becomes effective. Hong Kong has already signalled its interest in joining, and announced that it stands ready to start dialogue with RCEP members when the time is right. India, one of the original negotiating parties, is given a special opportunity where the 18-month timeframe for accession is waived. As the only remaining ASEAN +1 member state that has not signed the RCEP, a number of the other member states have indicated their keenness for India to join to the club.

In the midst of rising trade protectionism, the RCEP signals the member states’ willingness to further improve their competitiveness by opening up trade and deepening their trade partnership, despite all differences, in the spirit of free and open trade. Companies are encouraged to strategically consider and analyse whether the RCEP offers opportunities in terms of new preferential markets, cost saving or optimisation of supply chain, and carefully map out steps to take advantage of the opportunities.

Business Law Digest is compiled with the assistance of Baker McKenzie. Readers should not act on this information without seeking professional legal advice. You can contact the author by emailing Riza Buditomo (riza.buditomo@bakermckenzie.com) and Ivy Tan (ivy.tan@bakermckenzie.com). 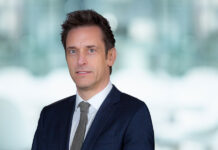