India is now a global destination for attracting investment. The e-commerce sector has become one of the most sought- after sectors for investment, for foreign and domestic players. Framing the policy on foreign direct investment (FDI) in various sectors falls within the realm of the Government of India. FDI is regulated by the Department of Industrial Policy and Promotion (DIPP) and the Ministry of Commerce and Industry.

The extent and conditionalities for FDI across sectors in India is governed by the Consolidated Foreign Direct Investment Policy of India (FDI policy) and the Foreign Exchange Management Act, 1999 (FEMA), along with regulations framed under FEMA.

The government introduced a regulatory framework regulating e-commerce in India for the first time in 2000. Press note 2 (2000 series) inter alia permitted FDI up to 100% for e-commerce activities, subject to certain conditions. Such companies were also allowed to engage only in business-to-business (B2B) e-commerce, and not in retail trading.

The government eventually introduced a definition of “e-commerce” in the FDI policy, released in 2010, to mean inter alia the activity of buying and selling by a company through the e-commerce platform.

In November 2015 via Press note 12 (2015 series), among many FDI liberalizations, the government also permitted single brand retail trading (SBRT) entities to undertake e-commerce, which was not previously permitted. SBRT entities operating through brick and mortar stores were now permitted to undertake e-commerce. However, FDI in the business-to-consumer (B2C) model for multi-brand retail was, and remains still, not permitted.

The market witnessed several innovative structures that were adopted for e-commerce. Since the government permitted 100% FDI in wholesale trading/B2B e-commerce, FDI was routed into B2B entities, and the front-end retail entities continued to be Indian owned and controlled, having separate operations and management from the B2B entities. Foreign investors explored various other alternate structures, but these structures remained subject to the close watch of regulators.

In fact, a body of brick-and-mortar business supported by an industry association approached the Delhi High Court (All India Footwear Manufacturers and Retailers Association (AIFMRA) & Others v Union of India & Others) on the grounds that the online marketplace model is permitting companies with FDI to undertake retail sales to end-customers, and hence was violating the FDI policy. Consequently, with the release of clarifications by the DIPP, pursuant to Press Note 3 (2016 Series), or PN3, on 29 March 2016, the petitioners in the said litigation have withdrawn the petition before the court by an order dated 12 August 2016.

PN3 AND THE ROAD AHEAD

The major impetus and reaffirmation of the policy on FDI in the e-commerce sector came with the DIPP’s release of PN3. Some of the critical clarifications pursuant to PN3 are:

(2) E-commerce has been defined to mean not just selling and buying of goods through an online platform, but also buying and selling of services, where such sale of goods and services is facilitated through digital and electronic networks (i.e., through computers, televisions, mobiles, extranets, etc.);

(3) It is clarified that an e-commerce entity can provide support services to the sellers, such as logistics, payment collections and facilitation in conformity with Reserve Bank of India guidelines, warehousing, order fulfilment, call centre and other services;

(4) The e-commerce entity will not permit more than 25% sales through the platform from one vendor or its group companies;

(5) The sellers will at all times own the inventory. Further, after-sales service, delivery of goods to the customer, customer satisfaction and warrantee/guarantee of goods and services sold will be the seller’s responsibility. There appears to be a conflict between the conditions prescribed since support services also include logistics/delivery of goods by the e-commerce entity; and

(6) E-commerce entity will not directly or indirectly influence the sale price of goods or services, and shall maintain a level playing field.

The recent move by the government has definitely led to increased investor confidence in the e-commerce sector, and in the government’s vision for this sector. There are still questions to be answered. However, with the sector, the policy will also evolve with time.

KETAN KOTHARI is a director at Khaitan & Co in Mumbai, while SHWETA DWIVEDI is a principal associate at the firm.
VINEET SHINGAL, an associate partner, also contributed to the article. 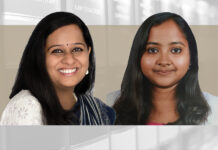 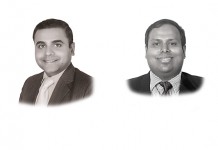 Information and communication technology (ICT) played a central role in the provision of government services in the Philippines during the pandemic
Vietnam has long been an attractive investment destination for foreign investors, thanks to its strategic location, socio-political stability and low-cost yet skilful labour force
Asian law firms eye global expansion