India, in line with its global peers, is witnessing a visible technology-driven evolution with newer tech platform-based models quietly unsettling traditional business models. As is always the case, the existing legal framework finds itself facing unique challenges as it prepares to embrace evolving market practices and an economy thriving on “shared resources”.

An interesting example of the evolutionary nature of business, and the onward march of technology giving rise to a need for purposive interpretation of existing laws, is a recent ruling by the California Labour Commissioner’s office. Upholding the rights of drivers for the ride-hailing/sharing service, Uber, to be classified as an “employee” as opposed to an “independent contractor”, the ruling paves the way for significant developments in interpretation of employment laws across the globe.

While this and similar propositions arising from the spread of technology have enabled a “sharing economy”, they have not yet been put to the test by Indian courts; it may now only be a matter of time. Until then, Indian companies engaging independent contractors should bear the following safeguards in mind.

India has well settled jurisprudence in determining whether a worker may be seen as a contract worker, independent contractor, or an employee. The original test specified by the Supreme Court of India in making such a determination was whether the employer has “supervision and control” over the worker.

This extended to not only directing what work was to be done, but also to control the manner in which it was to be done. Over the years, courts have expanded on the above test, and in 2004, the Supreme Court held that: “… With a view of eliciting the answer, the court is required to consider several factors which would have a bearing on the result: (a) who is the appointing authority; (b) who is the pay master; (c) who can dismiss; (d) how long an alternative service lasts; (e) the extent of control and supervision; (f) the nature of the job, e.g., whether it is professional or skilled work; (g) the nature of establishment; and (h) the right to reject.”

So, the test of determining whether an independent contractor or contract worker could claim for permanent employment would depend upon his or her ability to show that many of the above factors in relation to him or her were satisfied by the employer or engaging entity.

Other relevant factors that play a part in determining a worker’s status are the length of service, and the nature of the work carried out by the worker. While the length of service of a contractor worker or independent contractor would not in itself guarantee permanence of employment to him or her, it would improve his or her chances of being made permanent if it is shown that he or she has been employed in the same role for a number of years, or for long durations. This would also play a part in determining whether the nature of the work that was being carried out was “perennial” in nature, or merely temporary.

• Ensure that no payments in the nature of salaries or bonuses are made to such contractors, and that they are paid a fixed consultancy fee or commission-based fee;

• Provide for different types of benefits with distinctions from full-time employees; and

• Try to ensure that independent contractors only work on specific assignments that are time-bound, and not work that is perennial in nature.

Indian organizations will no longer have a homogenous workforce limited by geographical boundaries and employer-employee relationships may become more amorphous. As the degree of innovation in various verticals of an organization increases, so should the ingenuity required to comply with laws. Given that courts in India have laid out clear tests for determining the differences between independent contractors/contract workers and employees, it remains to be seen how such tests would evolve and be interpreted when considering cases involving reduced control over the worker’s services on account of improved technology. In the meantime, it would be useful for companies to bear the above points in mind so that they are not caught on the wrong side of the law. 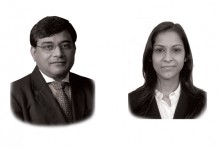 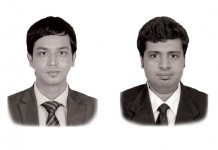 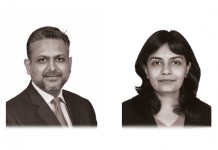