Our publications
Home Anand and Anand Celebrities: Just what are their personality rights?

The right to publicity does not constitute a statutory right in India. Indian courts (at the level of the High Court) have recognized the right to publicity and laid down essential components for its infringement. The Supreme Court has not yet disposed of a case pertaining to this right.

There is no specific legislation in India to protect image or personality rights. Through various judgments, especially ICC Development (International) v Arvee Enterprises, the Indian courts have read the right to publicity into articles 19 and 21 of the Indian constitution by calling it an inherent part of the right to privacy, an established constitutional right. Further, image or personality rights are a form of intellectual property (IP) rights, which can survive even after the death of the individual.

Image or personality rights recognize the commercial value of the picture representation of a prominent person, performer or sportsperson, and protect their proprietary interest in the profitability of their public reputation or persona.

In Europe, organizations have used player’s image and personality rights to generate huge revenues. In September 2013, Real Madrid bought Welsh footballer Gareth Bale for a world record transfer fee of £85.3 million (US$105.3 million). Bale in return assigned 50% of his image rights to Real Madrid, which eventually helped the club to recover the massive investment by using his image rights for the sale of merchandise and other product endorsements.

This also effects the wage structure of a player with the club, where a figure is agreed on to split wages and payments for image rights. Players such as David Beckham and Wayne Rooney have even found ways to be tax-efficient by incorporating companies to hold their image rights.

If the name, image or the likeness of a person is registered or used as a trademark, or has been copyrighted, then the said trademark or copyright can be licensed. Some Indian sportspersons, especially famous cricketers such as Sachin Tendulkar and Kapil Dev, have protected their image rights by trademarking their name or domain names for their websites.

In India, while no specific law has been created in this respect, Indian courts have acknowledged and enforced this right in various cases.

In DM Entertainment v Baby Gift House and Others, the Delhi High Court held that the defendants were liable for false endorsements and for passing off, violating popular Indian singer Daler Mehndi’s right to publicity by having toys that were identical to his likeness.

The protection offered to such image/personality rights of sportspersons in India is still in a nascent stage. For instance, the Indian government had permitted the use of a picture of John Terry, a world renowned footballer who was the captain of England’s national team, on cigarette packets.

With Sachin Tendulkar assigning his image rights for his biography, Playing It My Way, more and more celebrities and sportspersons are following the trend. There is a need for greater exposure, which will lead to more commercial opportunities, which in turn leads to a host of legal issues.

So a statutory codification of the principles of passing off with reference to personality or image rights may lead to greater awareness and protection of the rights that are inherent in celebrities and sportspersons. 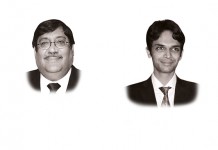 By Pravin Anand and Raunaq Kamath, Anand and Anand 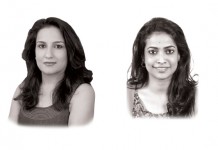 By Vaishali Mittal and D Neha Reddy, Anand and Anand 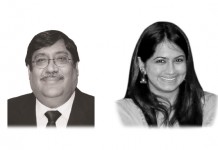 By Ashley Fife, Carey Olsen
The scandal that rocked the top branch of India's NSE
Global M&A activity has climbed sharply since last year, creating opportunities in emerging markets like India and the Philippines, which have relaxed and liberalised their investment policies