It’s frequent to see deficient, erroneous and contradictory content in procurement documents and contracts of public-private partnership (PPP) projects, leading to serious consequences such as the revocation of an award, as well as disputes over the return of bid security and the responsibility for resulting losses. This causes trouble for relevant parties and hinders the progress of projects.

In one case, a private party won the bid for a project through competitive procurement procedures, and received a bid-winning notice from the government agency responsible for the project. However, during negotiations prior to the contract signing, the two parties disputed a financial indicator that should have been clarified in the contract, which would have a material impact on investment return. As the procurement documents did not set pricing requirements on the indicator, nor did any other document offer a detailed calculation formula for it, the two parties had different views on the financial indicator, leading to a great difference due to their differing calculation bases. The government agency revoked the bidding result.

The financial indicator issue was a big flaw, in this case, within the procurement documents. But should this result in the private party bearing the negative consequences, like revocation of the award and legal risks? The answer is no.

When there are mistakes in procurement documents, the two parties should seek a solution through amicable negotiation. It is improper, and even illegal, for governments to unilaterally revoke an award-winning bid without reaching a consensus over the disputes; this undermines the reputation of local governments, and also stalls projects.

The contractual relationship established by procurement procedures should be protected according to the law. Article 46 of the Government Procurement Law stipulates that, “the notice of winning the bid (or concluding the transaction) must have binding force upon the purchaser, and the winning bidder (or the supplier). If, after the issuing of the notices, the purchaser alters the results of bid winning (or the conclusion of transaction), or the winning bidder (or the supplier) forgoes the bid (or the transaction), the breaching party must be held legally accountable.”

In the above-mentioned project, the government agency had confirmed that the bidding document met all the substantive requirements on procurement documents, and issued the notice of winning the bid to the private party. Though there are divided views on the effectiveness and consequences of the bid-winning notice, judicial precedents tend to agree that the two parties have established contractual relations. The legal relationship between the two parties in the project should be protected, and the government agency should not change the bidding outcome just because of partial disputes over the project, which may violate relevant laws such as the Government Procurement Law.

Besides, according to the Government Procurement Law and the Guidelines for Mode of Co-operation for Government and Social Capital (for Trial Implementation), procurement documents, bidding documents and the bid-winning notice are the basis for writing a contract. Therefore, if the partial disputes remained unresolved, the government’s revocation of the private party’s qualification as the winning bidder breached the agreement and failed to meet the requirement of signing a PPP project contract in accordance with the law, as well as impairing its credibility.

If procurement procedures were completed and the bidding outcome confirmed, the parties should resolve the disputes fairly and reasonably, and conduct negotiations according to laws and regulations, and customary practice. Even if the parties failed to reach a consensus eventually, they should work out a feasible exit mechanism and the government agency should make proper compensation for relevant losses and expected incomes of the winning bidder.

In the above-mentioned project, the local government ignored the legal rights and benefits of the private investor and overlooked existing mistakes, and forced the innocent party to bear all the negative consequences. It even revoked the winning result. This behaviour violated the PPP’s spirit of co-operation and principle of fair dealing, and the local government may be held legally accountable for breaching relevant laws. Meanwhile, the private party has the right to challenge the government’s decisions and even take legal or arbitration action to defend its legitimate interests. 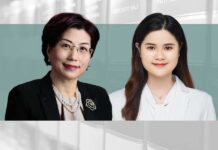