A rapidly evolving market and its tightening regulatory requirements have led to Chinese enterprises across all sectors overhauling their practices, some actively and others passively. Internet juggernauts are bidding farewell to the “alternate Saturday off” arrangement, pharmaceuticals can no longer rely on their representatives for sales, and high energy-consuming industries are taking charge in realising national goals of “carbon peak” and “carbon neutrality”. How to best proceed with reform-induced mass staffing adjustments is becoming an increasingly inevitable question faced by corporate decision-makers.

More complicated than the shutdown of production lines, or the downsizing and removal of business lines, staffing adjustments can involve multiple objectives such as screening, eliminating and redeploying personnel.

The compilation of a personnel optimisation list is as significant to the company as to its staff. Whether the staff will accept management decisions and understand the magnitude of the change, or even the eventual success of the reform, heavily weigh on the outcome. Position matching and competition are among the most commonly adopted methods.

Matching, the most common way of screening personnel, is simple and direct, but must pass the more rigorous tests of fairness and be done in a rational way.

In order to maintain the secrecy of internal procedures and expediate the process, many companies task senior management to match positions in the new corporate structure with their own selected candidates. This, however, often results in more problems.

First, eliminated staff members, uncertain of the reasons behind their dismissals, may become dissatisfied and even manifest disruptive behaviour. Even if a clear reason is given, such as substandard work performance or attitude, it may obstruct further communication. A principle-based response is often perceived as ambiguous and ineffective in addressing staff’s concerns. The company’s fairness may come under question, prompting suspicions of office politics or abuse of power to settle personal grievances.

Second, mid-level management and senior decision-makers may disagree on the final list, as they have different considerations. The senior management, with a tendency to prioritise the seriousness and consistency of company decisions, may refuse to alter the list. Mid-level management such as business managers, on the other hand, may attach more importance to business operations and the achievement of performance targets, and wish to retain more capable and earnest staff.

Third, retained personnel may choose to leave and collect compensation instead, costing the company more expense and effort to locate suitable candidates. As a result, the costs of staffing adjustments may increase and the potential chain reaction could deal a heavy blow to company morale.

Competition, lengthier and more complex but worth the effort. Competition is advantageous in the following aspects:

However, it is by no means perfect. Management may need to spend as long as three weeks to design and implement the more complex process and standards, or even several months if conducted level by level. In the meantime, amid uncertainties over the company’s outlook, unease with human resource movements, complaints and general low morale, coupled with “olive branches” given by other employers, core staff may opt to give up internal competition, apply for economic compensation and pursue career prospects with other companies.

Obviously, this is against management’s wishes. Apart from the great risk of losing talent, as competition follows the principle of “starting anew”, overlooking past performances, senior staff such as team leaders would face the prospect of dismissal, which could destroy team morale and competitive drive.

Selection must be fair and reasonable. Companies are advised to formulate adjustment plans and coping mechanisms that combine matching staff with the right positions and competition. This needs to be achieved with a solid legal basis and strategy of implementation to prevent low efficiency and inconsistency stemming from case-by-case deliberation. For example, if the selected staff member refuses to take a new position, does it constitute a disciplinary violation? If the staff member voluntarily chooses to depart, is the company obliged to pay compensation? Should such compensation be consistent with that of staff who weren’t selected?

In the case of competition, rules need to be in place for scenarios where the staff member does not compete for a position, is eliminated from the process, or refuses the new job after winning the competition (e.g. unsatisfied with salary), or wishes to transfer or depart after some time in the new post (e.g. disagreement with the new strategies, models, responsibilities or process, believing them inconsistent with what was introduced).

Efficient communication should be used throughout the decision-making process for large-scale, complicated staffing adjustments, but it is often neglected. From a legal perspective, a consistent communication strategy helps management avoid legal pitfalls of terminating labour relations contingent on an improper basis or procedures. From the management perspective, the company should establish a top-to-bottom communication channel immediately after announcing and introducing new corporate directions. This way, whether the approach of matching or competition is adopted, staff will be more willing to co-operate with the screening process, thus curtailing the risk of low morale and loss of talent. 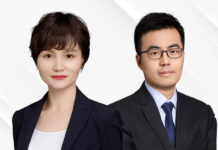 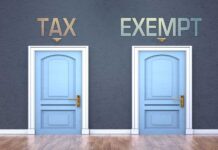