The IP Code requires unity of invention in a patent application, and if the application contains several independent inventions that do not form a single general inventive concept, the director of patents may require that the application be restricted to a single invention, which gives rise to divisional applications.

There has been some confusion as to when divisional applications, whether borne out of an order to restrict, or voluntarily applied for by the applicant, must be filed, resulting in some cases to the unelected claims being permanently deemed withdrawn for failure to timely file the divisional application.

In a recent decision by the Office of the Director General (ODG) of the Intellectual Property Office of the Philippines (IPOPHL) (Takeda Pharmaceutical Co Ltd v Director of Patents, 20 July 2018), this issue was tackled.

On 1 June 2004, Takeda filed a patent application for “pharmaceutical composition” with the Bureau of Patents (BOP) as a divisional application of Philippine Patent Application No. 53455 (the parent application) filed on 18 June 1996.

Takeda sought reconsideration and maintained that section 17 does not apply because it filed its divisional application 210 as a voluntary divisional patent application, on its own initiative, and as such can be filed anytime until the parent application is granted, withdrawn or abandoned.

Takeda appealed to the ODG, which affirmed the rejection of the examiner, and ruled: There is no dispute that the parent application was filed on 18 June 1996, which was subjected to restriction. Citing section 38.2 of the IP Code, “if several independent inventions which do not form a single general inventive step concept are claimed in one application, the director may require that the application be restricted to a single invention, and that a later application filed from an invention divided out shall be considered as filed on the same day as the first application, provided that the application is filed within four months after the requirement to divide becomes final, or within additional time not exceeding four months, as may be granted.”

The ODG further stated: “As a privilege granted by the state that amounts to a grant of monopoly, patents should be strictly construed and given only to those inventions that have significantly contributed to existing arts. Innovations that are not anymore new, or which have been disclosed to the public, should not anymore be included in the patent protection. In addition, just like in lawsuits, reglementary period and time limits must be strictly followed, as they are considered indispensable interdictions against needless delays, and for orderly discharge of patent examinations. Procedural rules are not to be belittled or disregarded simply because their non-observance may have resulted in prejudice to a party’s substantive rights.”

The BOP issued, on 1 September 2018, Memorandum Circular No. 18, Interpretation of Rules 610 and 611 of the Revised Implementing Rules and regulations, and Considerations for Accepting Divisional Applications in the Bureau of Patents, the salient points being:

(1) A mandatory divisional application refers to one arising from a restriction following a lack of unity of invention rejection of the parent application. It must be filed within four months from date of election, or from the date the requirement for restriction becomes final. The indication that the restriction is made final will be stated in the next or subsequent action, and the prescribed period of four months shall be reckoned from the mailing date of said office action;

(3) The term of a divisional application shall not extend the 20-year patent protection period reckoned from the filing date of the first filed parent application.

Editha Hechanova is president and CEO of Hechanova & Co, and Chrissie Ann L Barredo is patent manager and senior associate lawyer at the firm 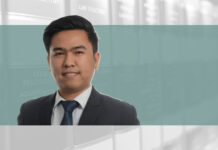 As patent practitioners in Asia, the author is often asked whether or not our patent protection system provides legal protection to computer-implemented inventions

Will green energy finally take off in the region?
There has been a surge in Asia-based fund managers looking to establish digital asset funds and holding structures in Jersey
In-house counsel survey finds anger with law firms