In The Reform Plans of Accelerating the Improvement of Market Entity Exit System, issued jointly by the National Development and Reform Commission and another 12 regulators on 16 July 2019, it is clearly stated that a “personal bankruptcy system will be established step by step”.

The Enterprise Bankruptcy Law currently in effect in China is applicable only to enterprises; natural persons are not covered. Thus it is dubbed a “half-bankruptcy law”. When providing financing to the target companies, many investors coming to China would ask the actual controllers of the companies to provide guarantee of joint liability.

Since the supreme court officially recognized the effect and validity of the valuation adjustment mechanism (VAM) through the judicial precedents in 2012, VAMs signed between the investors and the actual controllers are more and more prevalent.

In recent years, affected by various economic policies including the “deleverage” initiative, many companies missed their performance targets, bringing about a surge of cases where investors sued the individual guarantors or obligors in the VAM.

Many investors found themselves in a predicament after winning the cases, because some debtors are completely insolvent, and some intentionally transfer the assets to evade the obligation. Under the current legal framework, the courts are unable to close the cases through bankruptcy procedures in the former situation, and fail to conduct effective asset investigations when faced with the latter situation. To establish a personal bankruptcy system is imperative in China.

With the issuance of the above-mentioned reform plans, the greatest concern of the investors in China is whether the debtors would take advantage of the system to evade the debt. It should be noted that being able to declare bankruptcy does not mean that the individual is necessarily exempt from the debt.

According to legislation in the US, Germany, Japan and other countries, a personal bankruptcy procedure is comprised of several steps. In the first step, the court, upon the receipt of a bankruptcy application, would review the debtor to check whether the individual is qualified for bankruptcy. If the person is qualified, the court would then designate an administrator to take over the assets and sort out the individual’s debt claims and debt obligations. In the next step, the court would allocate the debtor’s assets through liquidation, or enforce the “debt repayment plan” on the debtor to control his/her income and restrict his/her consumption within the following years, to make the debtor pay the debt by instalments.

When the bankruptcy procedure is concluded, the debt obligations that meet the statutory conditions will be exempted, but there will be restrictions and penalties imposed on the debtor, for example, he/she will be forbidden to take the role of director, supervisor and senior officer within a certain period of time.

However, there are several undeniable difficulties yet to be overcome if China is to establish such a personal bankruptcy system.

First, a precondition of this system is that the individual’s assets are clear and can be investigated, and the personal credit record is substantially complete. Only then can the court and administrator ascertain the debtor’s real income and assets, judge whether the debtor has hidden or transferred the assets, and decide whether or not to exempt or reorganize the debt obligations and enforce restrictions on the debtor’s consumptions and commercial acts.

Second, the bankruptcy procedures should vary across different types of bankrupts. The reform plans proposes to classify the bankrupts to “operators” and “consumers”. “Operators” include small business owners and individual investors with massive assets. “Consumers” comprise the individuals who have lost the ability to make income and those who are still able to earn income in the future. How to appropriately reflect the differences on the bankruptcy procedures is a test of the legislators’ wisdom.

Third, a proper standard of debt exemption and reorganization is the key. The legislature experiences in the US, Germany, Japan and other countries show that a strictly limited debt exemption is the trend. On one hand, China should allow reasonable debt exemption, which is an important measure to avoid the situation where the private sector is affected because large numbers of business operators collapse, or where social consumption volume declines because large amounts of consumers lose the abilities to consume. On the other hand, the rights and interest of the creditors should be protected, in case the banks and other financial institutions are overburdened or unwilling to make loans, making it harder for SMEs to seek finance.

From the regular legislation pace in China, it can be inferred that it will take at least three years to officially establish a personal bankruptcy system. Considering that Taizhou Municipal Intermediate Court has already issued the procedural rules on clearing of personal debt, the first of its kind in China, and China has already formulated a rule called “transferring the judgment under enforcement to bankruptcy procedure” applicable to business entities, we expect that the judicial authority might set up pilot programmes in selected regions and establish an equivalent transferring to bankruptcy rule applicable to individuals.

The effects of such a personal bankruptcy system in China are mixed to investors in the country. On one hand, to establish such a system calls for the improvement of supporting policies, including the property registration system and personal credit record, which will facilitate the addressing of a problem that has troubled investors for a long time – debtors hiding and transferring the assets.

On the other hand, after the individual enters the bankruptcy procedure, he/she will be exempted from the debt to a certain extent, putting the investors of the debtor at the risk of being unable to fully recover the debts. In this light, the investors who have signed, or will sign, guarantee agreements, VAMs or similar arrangements in China should closely follow the progress of the establishment of this system. 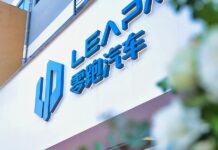