Section 714.05(d) of the US Trademark Manual of Examining Procedure states that, “If an applicant files a consent agreement in response to a non-final refusal under section 2(d) of the Trademark Act, and the examining attorney finds the consent agreement insufficient to overcome the refusal, the examining attorney should issue a final refusal, assuming the application is otherwise in condition for final refusal”. Based on this, the US likewise also treats a co-existence consent as a factor to consider in determining whether a trademark should be refused, and it is not absolutely admissible.

Legislative situation. Neither China’s Trademark Law nor the Implementing Regulations for the Trademark Law expressly address co-existence. In April 2019, the Beijing Higher People’s Court issued the Guidelines for Trying Administrative Trademark Right Granting and Confirmation Cases, paragraphs 10 to 12 of section 15, which specify the properties, formal requirements and legal effect of co-existence agreements, and can serve as a useful reference. The trademark examination and review criteria prepared by China’s trademark examination authority do not contain any express provisions addressing trademark co-existence.

The United States code similarly lacks provisions on trademark co-existence agreements. Section 2(d) of the Lanham Act treats “concurrent use” as one of the factors in overcoming refusal, but section 1207.01(d)(viii) of the Trademark Manual expressly states that a “consent agreement is not the same as a ‘concurrent use’ agreement. The term ‘concurrent use’ is a term of art that refers to a geographical restriction on the registration.”

Formal requirements. In China, a co-existence agreement executed by the two parties and a letter of consent unilaterally executed by the holder of the rights in the cited mark are equally valid. In practice, as a letter of consent only requires execution by one party, it is much more convenient; but if a co-existence agreement is submitted, the examiner should conduct a validity review of its terms, increasing the examination burden of the authority. Accordingly, the submission of a unilaterally executed letter of consent is the more common practice.

In the US, pursuant to the Trademark Manual, a co-existence agreement executed by the two parties is the preferred option. However, under certain circumstances, a consent document may be executed solely by the reference mark registrant, but its persuasiveness will mainly be determined based on all other evidence in the case record. For example, in the Palm Beach case, the evidence showed that there had never been actual confusion in the more than 45 years that the two parties’ trademarks had co-existed, so the examining attorney, based on the differing natures of the two parties’ goods, found that the two parties’ trademarks would also be unlikely to cause confusion in future. Considering multiple factors, the examining attorney accepted the consent document signed solely by the reference mark registrant.

In the US, the reason that the relevant party believes there is no possibility of confusion and the measures that the parties have taken to avoid causing confusion among the public must be set out in detail. In the Bay State Brewing case, the trademark consent agreement submitted by the applicant was found to be unable to preclude the possibility of confusion because the agreement did “not comprise the type of agreement that is properly designed to avoid confusion”, nor did it “fully contemplate all reasonable circumstances in which the marks may be used by consumers calling for the goods”. 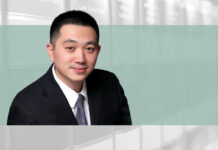