A China Business Law Journal survey of law firms around the world shows a protracted US-China trade war and a bevy of international and domestic political developments have dealt a blow to Chinese outbound investment. Mithun Varkey reports

Chinese business have become more selective and cautious about their investment in light of increasing economic and geopolitical risks around the world, which have led to a decline in outbound deal-making.

Chinese outbound investments fell 10% (US$143 billion) in 2018, according to data from China’s Ministry of Commerce, while an Ernst & Young report from August this year noted that overall outbound investment in the first half of 2019, at US$54 billion, was down 8% year-on-year.

“Outbound Chinese investment has been slowing considerably this year,” says Ulrike Glueck, managing partner of CMS Law in Shanghai. “So far, we have not experienced much impact form the trade war on our business. However, this is probably due to the reason that lawyers’ work is always at the end of the business pipeline, and existing projects are not impacted.

“However, due to the trade war and other reasons, globally, GDP growth is shrinking and some countries are already moving towards a recession. Thus, I expect 2020 to become a more difficult year,” says Glueck.

While there is a consensus about a slowdown in China-related work across regions, Europe seems to have seen the most impact. The effect of the trade war has been compounded by a surge in protectionism and increased scrutiny of inbound deals in Europe.

“The trade war has added additional uncertainties for Chinese investors … it began at a time where European [including German] legislators tightened their thresholds for approving foreign investment, in particular with regard to high-tech industries,” says Mark-Alexander Huth, a partner at German law firm Schulz Noack Bärwinkel (SNB).

“To make things worse,” he adds, “the Chinese foreign exchange regime added further difficulties to Chinese outbound investments with regard to their financing. This all seems to have had a negative impact on the motivation of Chinese investors, and resulted in an immediate slowdown of German-Chinese M&A transactions this year.”

This view is echoed by Zhu Yifan, a senior associate at Germany-based law firm Noerr. “We have recently seen a slowdown of outbound Chinese investment,” says Zhu. “One of the reasons is that Chinese investors are getting more strategy-oriented and thinking more cautiously and rationally about their outbound strategies; another reason is that the [central] government is carefully adjusting its management of cross-border capital flows to respond to changing economic conditions.

“However, it also plays an important role that the German government is looking more cautiously on foreign direct investment [FDI] and has tightened the applicable regulations this year again,” he says.

“The rules governing Chinese M&A in the EU are changing,” notes Zhang Shaohui, a partner and head of the Europe-China desk at Dentons Luxembourg, adding that “legal risks and challenges for Chinese investment in the EU have increased significantly and are threatening the security of those investments”.

“In Europe, due to the rapid growth of Chinese investments, especially because of the particular focus on strategic sectors, the role of state-owned enterprises [SOEs], and the uneven playing field for foreign investors in China … Chinese investment is seen as a challenge,” says Zhang. “In certain circumstances, it is even viewed as a potential threat to the EU. Consequently, the EU has now decided to increase its scrutiny of FDI from third countries, including China, by establishing a screening framework at an EU level.”

Huth says another factor that is affecting Chinese investment is historically low interest rates in Europe, which has increased the prices of strategic assets.

Quick on the feet

Hermes Pazzaglini, a Shanghai-based partner of Italian law firm NCTM, while admitting to the trade war’s significant impact on their Chinese business, is more optimistic. He believes that “the [central] government will restructure the PRC economy to find alternative markets within or outside China”.

“We are also confident that the current trade war with the US can become an opportunity to develop the Belt and Road Initiative and strengthen relations with the EU,” he says.

Ashurst’s Germany-based partner, Matthias von Oppen, is another lawyer who believes that Chinese investments “will continue to play an important role in the future because the number of investment transactions remains relatively large”. 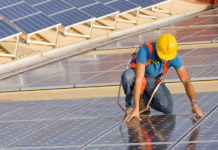