The decision comes after the Maharashtra Electricity Regulatory Commission (MERC) and the Appellate Tribunal for Electricity (APTEL) took opposing positions on whether captive consumers were liable to pay additional surcharges. An additional surcharge was levied under a multi-year tariff order of the MERC in case 195 of 2017. The order was challenged in APTEL, which set it aside in a 27 March 2019 order. The APTEL order was appealed by the Maharashtra State Electricity Distribution Company (MSEDCL) to the SC, which stayed the APTEL order. Thereafter, MERC, while adjudicating a multi-year tariff petition, held that its 12 September 2018 decision relating to the levy of additional surcharges on the consumers of group captive power plants would continue, subject to the SC’s decision.

The SC did not go into the difference between an original and a converted captive consumer. Instead, it reviewed the Electricity Act, 2003, to determine that the right to open access is a statutory right that is not subject to the permission of the appropriate commission. The SC relied on the language used in section 42(4) to conclude that additional surcharges are payable only by consumers who require the permission of the appropriate commission to gain open access. While differentiating ‘captive consumers’ from ‘consumers’ as defined in section 2(15) of the act, the SC also held that captive consumers, being a distinct class of consumers had to bear the expense of owning, operating and maintaining a captive power generation unit and a dedicated transmission, while other consumers may not be incurring such expenditure. Therefore, the two categories of consumers cannot be treated on par.

Some discoms have raised concerns over stranded capacity due to consumers frequently switching between discoms and captive consumption, but have not, however, been able to produce hard evidence of the extent to which the capacity is stranded. In any event, most discoms could not ensure a round-the-clock supply of electricity in all their operational areas.

While the act enables open access for captive generation, discoms have been uncomfortable with the idea fearing a loss of revenue from premium commercial and industrial customers. Many roadblocks have thus been created for captive generators and users, additional surcharges being merely one. State electricity regulators too have often favoured the discoms.

The SC has correctly held that captive consumption is a statutory right. This should not only help deter other regulators from imposing additional surcharges, but also signal that restrictions on open access for captive consumers except on the ground of unavailability of transmission facilities are not permissible under the act.

Abhishek Tripathi is the managing partner and Anura Gupta is a principal associate at Sarthak Advocates & Solicitors. 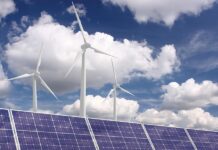 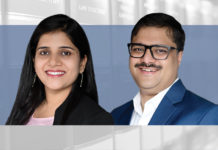 Understanding the reasons behind discom stress 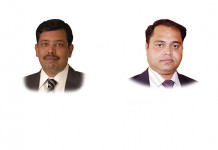