Commercial acceptance bills are one of the most widely adopted methods of settlement in commercial businesses, most primarily characterised by their “non-causal” nature – which means that although a bill relationship must be formed on the basis of certain underlying relationship, once formed it is separate and independent from the underlying relationship out of which the bill was created or transferred.

However, whether the non-causal nature should be deemed a “magic weapon”, allowing bill bearers to seek recourse from prior bearers in bill disputes, is a matter that warrants further deliberation.

Nonetheless, in many bill disputes there is suspected unlawful bill trading, or in other cases, commercial factoring companies or micro-loan companies seeking recourse as bill bearers. Other criminal activities involving violation of financial regulations and illegal businesses have also reared their heads in bill disputes, making recourse in commercial acceptance bills a key area for criminal, administrative and civil offences.

Based on analysis of such cases, the author believes that the non-causal nature of commercial acceptance bills should not be regarded as a failsafe “magic weapon” in all bill disputes, as non-causality must be premised by the lawful obtaining of the bill. Bearers only have the corresponding rights arising from legally obtained bills.

When handling disputes over commercial acceptance bills, attention should be diverted to the legality in the process of circulation, and the manner with which the bearer acquired the bill. As noted in articles 12 and 14 of the Negotiable Instrument Law, malice and gross negligence in the draft or transfer of an instrument is easily detectable.

But in practice many illegal circulation activities are well concealed and imperceptible, such as a commercial factoring company acquiring the bills via a non-existent factoring relationship, or concealed bill trading. For such cases, focus should be given to whether the bill transaction was conducted on lawful basis, whether the bearer acquired the bill legally, and whether the bearer is the legitimate right holder, or a holder in due course, which can form the basis for a debtor’s defence against the bearer.

Under article 9 of the Provisions of the Supreme People’s Court on Several Issues concerning the Hearing of Bill Disputes, “Where the bill debtor mounts a defense against the bill bearer with whom he/she has a direct creditor-debtor relationship in accordance with article 13 of the Negotiable Instrument Law, and the bill and underlying relationships are reviewed by a court, the bearer should provide evidence that obligations have been fulfilled as agreed”.

Article 9 of the Minutes of the National Courts’ Civil and Commercial Trial Work Conference expressly sets out that “when hearing disputes over negotiable instruments, courts should pay attention to the type and function of the instrument, have an accurate understanding of the legislative purpose of the non-causality of bills, and determine the legality of bill activities while upholding negotiability, as well as the rights, obligations of, and relationship between the parties, in order to prevent or mitigate risks in the bill financing market, and safeguard the legitimate bill transactions”.

Negotiability is the source of the bill’s vitality. To ensure a safe and fair commercial environment and protect the legitimate rights of bill debtors, disputes over commercial acceptance bills should not be arbitrarily decided based on the simple premise of the “non-causal nature of bills”. Instead, the causality of bills must also be considered, especially whether the bearer acquired the bill in a lawful, compliant manner. 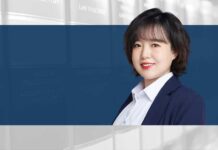 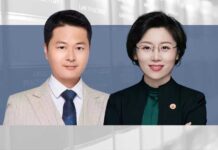