The rapid consolidation in the Indian media industry has again caused a debate on the regulation of cross-media ownership. While the number of channels for entertainment and information have increased, control of these channels still lies with a handful of entities.

Large business groups have presence in multiple forms of media, from print, television broadcasting, FM radio to even direct to home (DTH) distribution platforms. Concern arises as to whether there is a need for regulation of ownership because of the lack of plurality of opinions in the media. We examine the current regulations on ownership of media in the country and evaluate the need for implementing further laws regulating such ownership in the age of internet.

Currently, there is no central legislation on the issue; ownership parameters are set by multiple executive orders issued by the Ministry of Information and Broadcasting (MIB). While there has been significant liberalisation of foreign direct investment (FDI) caps on investment in media services such as broadcasting, there are still restrictions on vertical integration, ownership of companies along the same value chain.

In the case of FM Radio, a company is allowed to have more than one FM radio channels in a city subject to certain conditions. A minimum of three different operators should be present in a city where an applicant is permitted to have multiple channels. The regulators in India should be more concerned about horizontal integration rather than vertical while framing cross-media ownership rules. Vertical integration has generally no anti-competitive impact.

The Telecom Regulatory Authority of India (TRAI) issued a consultation paper in 2009 that examined the lack of cross-media ownership laws. One of the main recommendations was that ‘necessary safeguards should be put in place to ensure that plurality of views and diversity are maintained across the media segments.

In its 2013 follow up report, TRAI recommended that an entity having ownership or control in a media segment of a relevant market with a market share of more than a threshold level (20%) in that segment, could not acquire control or ownership in other media segments in the same market. This proposal was similar to the ‘20/20 rule’ in the UK. The ‘20/20 rule’, also known as the ‘National Cross-Media Ownership Rule’, prohibits a newspaper operator with a market share of 20% or more of newspaper circulation from holding a Channel 3 license or a stake in a Channel 3 licensee that is greater than 20%.

The recommendations made by TRAI have not yet been implemented by MIB. However, there needs to be a debate on whether they are even relevant today. Traditional media face increasing competition from internet-based platforms such as Netflix, Amazon and Hotstar.

The marked change in how consumers access content is the primary reason why countries such as the US and Australia are moving towards deregulation of media ownership. As the popularity of internet-based services increases, imposing restrictions on the ownership of traditional forms of media will become irrelevant.

Moreover, oversight by the Competition Commission of India (CCI) on any major M&As and anti-competitive practices in the media sector makes any further restrictions on cross-media ownership by MIB redundant. Concerns relating to lack of plurality of opinions, as well as impact on market competition, which were cited as reasons for regulating media ownership, are no longer relevant. Therefore, there is an immediate need to comprehensively relook at India’s cross-media ownership rules.

Cyril Amarchand Mangaldas is India’s largest full-service law firm. Bharat Vasani is a partner at the firm. He was assisted by Sanskriti Sidana, an associate. 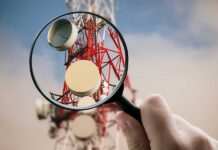 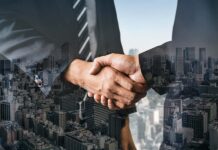 In a celebration of ingenuity and excellence, we reveal the winners of our annual law firm awards
Does the de minimis exemption help or hinder the CCI?
Why the automation of compliance processes is the need of the hour