Copyright protection has long been a distressing issue for the right holders. On the one hand, copyright infringement is more common in today’s prosperous cultural and creative industries. On the other hand, it is often difficult in judicial practice to offset the actual cost of safeguarding rights with the relatively low amount of damages.

In such situations, the principle of compensatory damages causes the right holder to often lose more than they can gain – and terminate the infringement investigation before any result. Since the cost of violation may be lower than the benefit from infringement, certain infringement behaviours are repeated, frequent and even continued after punishment.

In this context, the third revision of the Copyright Law, implemented as of 1 June 2021, not only raises the upper limit of statutory damages from RMB500,000 (USD75,600) to RMB5 million, but also stipulates that “for wilful infringement of copyright or copyright-related rights, if the circumstances are serious”, punitive damages can be granted at more than one time but less than five times the amount of loss of the right holder or illegal income of the infringer, or the royalty.

In the Interpretation of the Supreme People’s Court on the Application of Punitive Damages in the Trial of Civil Cases of Intellectual Property Infringement, implemented on 3 March 2021, the specific application of “wilful” and “serious circumstances” in IP infringement was further clarified.

Although punitive damages has been a trending topic in recent years, there are still practical difficulties in calculating the losses of right holders or illegal gains of infringers, while many right holders still lack evidence for royalties. Therefore, in many cases statutory damages still apply in court.

In such situations, the emphasis on malicious infringement and circumstances can be used – on the one hand, to support punitive damages when there is a basis for calculation of damages and, on the other hand, to obtain relatively high statutory damages even without evidence for the amount of damages.

For the purpose of “wilful” in copyright law, its essence is basically consistent with what we call “malicious” in trademark infringement and unfair competition. For the purpose of “wilful” and “serious circumstances”, as used in current judicial interpretation in combination with judicial practice, they generally mean circumstances where the infringer knowingly repeats infringement, or infringes again after being approached from the corresponding copyright owner and right holder for negotiation, or continues to infringe after being punished.

Infringement mainly takes the form of piracy, and is determined through the combination of scale of infringement, damage caused and degree of illegality. However, in specific cases, it is rare to have both “intentional” and “serious” circumstances, as provided in judicial interpretations, at the same time, but often have certain elements of them. Under the circumstances, it is necessary to emphasise the most prominent offence in the case to obtain the determination and support for punitive damages or higher statutory damages.

Taking a recent case handled by the author as an example, in addition to obtaining evidence concerning infringement and the effect of infringement, malicious intent of the infringer was clearly prominent. Therefore, the author focused on evidence highlighting the infringer’s malice, summarising it as follows:

Through this reasoning and relevant evidence, it can be seen that the infringer in this case infringed in a continuous, repetitious, planned and organised manner, used the same excuses and means to commit infringement, and had no repentance from beginning to end.

Such “malice” is rare, even in cases of malicious infringement. If punitive damages or higher statutory damages cannot be applied to stop the infringement, the infringer may continue to make profits through it.

To sum up, although the newly revised Copyright Law and corresponding judicial interpretations have pointed out the direction in strengthening protection of copyright and combating malicious infringement, it is still necessary to comprehensively consider how to implement it in specific cases according to individual scenarios.

In particular, in certain circumstances where punitive damages may be applicable to the infringer, it is necessary to grasp the key points and strive for corresponding support.

Only when infringers are subject to appropriate punishment – and pay the price – can we truly uphold the creativity of copyright owners and maintain market order. 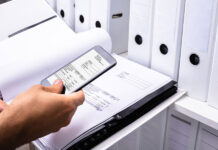 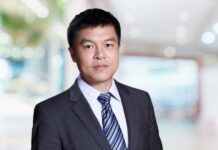