Our publications
Home Leader Looking ahead

2018 Year of the Dog promises uncertainty

First of all, may I wish all our readers a Happy Chinese New Year from Asia Business Law Journal! You may know that the Year of the Dog in the Chinese zodiac is traditionally one that heralds a degree of uncertainty, and that could not be more apt when examining the region at the start of 2018.

Our cover story, Primed and Charged, is a prime example. The Philippines has been brought to a crossroads by maverick President Rodrigo Duterte. Keen to kickstart long-stalled infrastructure projects, he has mooted changes in the constitution that directly affect foreign investors ownership and/or participation in such projects.

But on the back of amendments in that regard, he also wants to change the country’s system of government to one of federalism. Not surprisingly, his plans have their fans and their critics, but either way, the legal machinations being set in train this year will directly affect the economic future of the nation.

2018 Legal Trends furthers that theme of uncertainty to the wider region as we look at key issues that will dictate the attention of law firms and their in-house counsel clients in the coming year.

One element that was immediately clear from lawyers throughout Asia was the tremendous impact that technology is having, and will continue to have. Artificial intelligence (AI), data security, fintech and of course cryptocurrencies are areas where staying up to speed is difficult, especially when different jurisdictions are at differing levels of acceptance and regulation of these technologies.

There are other red-button issues in sectors including healthcare, alternative dispute resolution, the Belt and Road, and more, so read about what your jurisdictional neighbours have to say about the year ahead.

Our first issue for the new year also presents our winners for Deals of the Year 2017. This year it was necessary to include another 10 winners to our award tally, making the total now 70, due to the sheer number of nominations and a desire to cover as much of the region as fairly and adequately as possible. There are the usual mammoth deals from Asia’s big players, and also, as usual, we focused on some of the deals that added to development in smaller centres.

We also feature our 10 Star Deals, the best of the best. Our congratulations go out to all the winning law firms for their excellence and savvy in representing their clients in exemplary fashion.

Analyzing the Code is an in-depth look at India’s Insolvency and Bankruptcy Code. After a year in operation, we ask whether the new code has been effective, and explore its adequacies and its weaknesses.

And finally, be sure to check out our regular sections like In-house Agenda, where in this issue we welcome yet another corporate counsel association, the Japan In-House Lawyers Association (JILA), to the ranks of our partners. And of course we look forward to your readership and feedback, in print or on our website, throughout 2018. 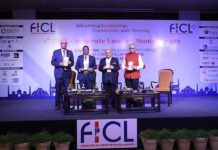 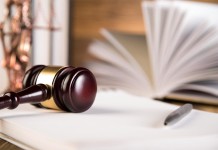