India’s Insolvency and Bankruptcy Code has been operational for more than a year but how does it stand up to critical analysis? Shardul S Shroff offers an assessment

One year is not adequate time to examine the efficacy of a legislation. Nevertheless, the past year has been eventful, specifically because:

Suspension of board of directors

In order to trigger insolvency proceedings, a creditor can make an application to the National Company Law Tribunal (NCLT). When the NCLT admits the application, it appoints a resolution professional (RP) on an interim basis, who is later confirmed or replaced. Once the RP is appointed, the board of directors of the company in insolvency stands suspended, and the powers of the board vest in the RP. The RP has unrestricted powers to manage the company, except that the RP needs the approval of the Committee of Creditors (COC) for deciding certain specified matters.

Suspension of the board and its substitution by the RP has resulted in several practical difficulties. The RP, being an individual, often finds it difficult to manage a company that is new to him/her, and effectively replace the directors. In addition, sometimes one individual is appointed as RP in more than one company.

In the initial cases of insolvency, RPs have been generally outsourcing their responsibilities and entering into consulting/advisory agreements with the organizations to which they are appointed. In addition to the issue of conflict of interest, this raises multiple questions, specifically whether an RP can outsource its statutory responsibilities, and can those responsibilities be performed by someone who may not be qualified to become an RP.

The Insolvency and Bankruptcy Board of India (the regulator under the code) has recently issued several circulars to regulate the conduct of RPs, with the most recent circular issued on 16 January 2018 to require disclosures by the RP and its advisors to address the issues of conflict of interest. However, a lasting solution would be to amend the code and provide for a more robust mechanism for substitution of the board of directors. Illustratively, in case of large companies, instead of one individual an entity could be appointed as an RP. In addition, there should be a prohibition on an individual from accepting appointment as an RP in more than one company, and outsourcing statutory responsibilities.

No end date for resolution process

The code has a much publicized timeline of 180 days (extendable once, by up to 90 days). However, this timeline is for submission of a COC-approved revival plan (a resolution plan) with the NCLT. There is no timeline for the NCLT to approve a resolution plan.

This results in several practical problems. There is no certainty in term of time, as the NCLT can take any amount of time. This may result in problems for funding for the insolvency company during the interim period. In addition, the tenure of the RP ends upon expiry of 180 days (as extended), and there is no express stipulation in the code regarding management of the company in the interim period.

At present, resolution plans provide for different mechanisms for management of a company between expiry of 180 days (as extended) and approval of the NCLT, or receipt of other regulatory approvals. An effective solution would be to not leave the management in the interim period to the resolution plan, and amend the code to extend the tenure of the RP until an approved resolution plan is implemented.

There are at least two instances of handover of management under the code. First, when the board is suspended and the RP takes over, and second, when the RP vacates his/her position and the new board takes over.

At present the code does not specify a well-defined mechanism for handover in either case, and there are apprehensions that in the future the new board may find it difficult to gather data for the prior periods. In addition, it may be difficult for the new board to draw up and sign off the accounts for the period prior to appointment of the new board, when the RP was managing the company.

There must be an express obligation to the handover, and a well-defined mechanism listing various activities to complete a handover, including handover of the records, title deeds and property. One of the mandatory handover activities ought to be drawing up accounts, and also audit of such accounts by the statutory auditors, for which the person in management at the relevant must extend co-operation.

The author is the executive chairman of Shardul Amarchand Mangaldas and is the national practice head for insolvency and bankruptcy practice at the firm. 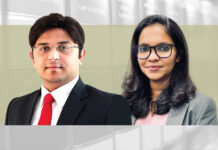