Below is a short summary of significant legal developments, as well as useful laws and regulations, which are relevant for a Japanese individual or company exploring employment or investment opportunities in the Philippines.

The Bureau of Immigration issues several kinds of visas for foreign nationals to work in the Philippines. A provisional work permit is issued to foreign nationals already in possession of tourist visas, and whose employment in the Philippines will not exceed six months (valid for an initial three months, and extendable for another three within a given year) and/or those whose work visas are still under process.

Applications for pre-arranged employee visas are covered under section 9(g) of the Philippine Immigration Law, otherwise known as a “9G Visa”. The 9G Visa is valid for one to three years, but provides for visas for the foreign employee’s dependent spouse and children. Provisional work permits and pre-arranged employee visas are company-specific. Should the foreign national desire to work in another Philippine company, the existing visa will lose validity.

Another kind of visa available to foreign nationals requires approval from the Board of Investments in co-ordination with the Bureau of Immigration. A Special Investor’s Resident Visa (SIRV) is granted to entrepreneurs wishing to invest in the country. The foreign national must remit at least US$75,000 into the country, and must invest the capital in a viable economic activity. The visa shall first be issued on a probationary status, valid for 180 days from date of issue. A probationary visa shall be converted into an indefinite or permanent visa on conversion of the applicant’s deposit into a valid investment within 180 days from the date of issuance.

Another requirement prior to the Bureau of Immigration’s issuance of a 9G Visa is an Alien Employment Permit (AEP), which is issued by the Department of Labour and Employment (DOLE). It follows that the foreign national cannot transfer to another company without securing another AEP to accompany the new 9G Visa.

The EODB Act applies to all government offices and agencies that provide services covering business and non-business-related transactions. The law imposes specific periods under which the government applications should be acted upon, such as three days for simple transactions and seven days for complex transactions. In the event of failure to approve or disapprove an application within such timelines, the application shall be deemed approved.

The law further requires the adoption of a comprehensive and uniform checklist of requirements for each type of application or request, which eliminates the imposition of arbitrary and unreasonable requirements. Moreover, the law espouses a zero-contact policy, which provides that no government officer or employee shall have any contact with an applicant or requesting party.

The implementation of this law and its strict enforcement by the Anti-Red Tape Authority is expected to simplify and expedite government transactions, including incorporations, business permit applications, and share and property transfers.

After 39 years, the Corporation Code of the Philippines underwent much-needed amendments to encourage ease in corporate registration and procedure, especially for foreign investors.

The Revised Corporation Code, which took effect on February 2019, removed the requirement that a majority of the directors or trustees of a corporation must be Philippine residents, and the requirement that a minimum of five directors are needed for the establishment of a corporation; thus paving the way for one-person corporations. Unless otherwise provided by special law, stock corporations are no longer required to have minimum capital stock. Stockholders have also been given the right to vote in absentia, through remote communication, in accordance with the rules and regulations issued by the Securities and Exchange Commission (SEC).

The law also incorporates a policy allowing directors and trustees who cannot physically attend or vote at board meetings to participate and vote through remote communication such as videoconferencing. These policies embrace technological advancements and render the law more conducive to business collaborations.

The Philippines has reserved certain industries for Philippine nationals, and has restricted the amount of ownership that foreigners may acquire in certain companies with nationalised businesses. These foreign equity limitations are embodied in the Philippine Constitution and various laws, and are periodically stated under the Foreign Investment Act (RA No. 7042) Negative List. The negative list is also updated to reflect any changes in foreign equity policies. The latest iteration is the Eleventh Regular Foreign Investment Negative List, signed in 2018 under Executive Order No. 65. Under the update, internet businesses, defined as “internet access providers that merely serve as carriers for transmitting messages, rather than being the creator of messages or information” can now have 100% foreign equity ownership.

An examination of the laws and regulations passed in previous years would show that the Philippines has been steadily relaxing foreign equity restrictions, reflecting an openness to foreign investment in certain key industries. For instance, insurance adjustment companies, lending companies, financing companies and investment houses were delisted under RA No. 10881, allowing 100% foreign ownership in these types of companies. RA No. 10574 amended the Rural Bank Act of 1992 (RA No. 7353), allowing non-Filipino citizens to own up to 60% of the voting stocks in rural banks, which were previously required to be 100% Filipino-owned.

The Supreme Court has also signalled its approval of a recent trend towards the liberalisation of foreign equity rules. In the recent case of Philippine Contractors Accreditation Board v Manila Water Company, where MOSVELDTT advocated the case for foreign contractors, the Supreme Court found that there is no basis to set equity limits, so a contractor’s licence can be issued by the Philippine Contractors Accreditation Board. Foreign-owned contractors can now apply for a licence to do business in the country.

The Philippine Competition Act of 2015 (PCA) is the primary law that promotes fair market competition and prohibits anti-competitive agreements and abuses of dominant position. It requires that parties to a merger or acquisition meet size of party and size of transaction thresholds (PHP6 billion [US$123.5 million] and PHP2.4 billion, respectively) and formally notify the Philippine Competition Commission (PCC) within 30 days from signing of the definitive agreement, and obtain approval from the PCC prior to consummation of the transaction.

Under RA No. 11494, or the Bayanihan to Recover as One Act (Bayanihan Act 2), which was signed into law on 11 September 2020, all mergers and acquisitions (M&A) with transaction values below PHP50 billion shall be exempted from compulsory notification if entered into within two years from its effectivity. The law further exempted M&A entered into within a period of one year from its effectivity from the motu propio review jurisdiction of the PCC. It is noteworthy that there are only a few M&A transactions in the Philippines that would breach the PHP50 billion threshold.

Hence, such a significant increase in the value of transaction threshold has the effect of exempting most M&A transactions from compulsory notification requirements with the PCC.

The following Philippine industries survived, and even thrived, during the pandemic: food manufacturing, grocery stores, liquor and tobacco, and telecommunications/broadband services. For the latter industry, one market that is currently underserved is the Telecom Tower Market, with only three mobile network operators.

This market was explicitly recognised as a means to facilitate the economic recovery of the Philippines. Under the Bayanihan Act 2, measures to ensure the accelerated deployment of cell towers include the temporary suspension of requirements to secure permits and clearances for the construction of telecoms and internet infrastructure.

Despite the continuing effects of the pandemic, the Philippines remains a viable investment destination, with various industries holding growth potential. The government’s policy towards foreign investment, as seen in the above-mentioned laws and regulations, contribute to creating an investment-friendly business environment. 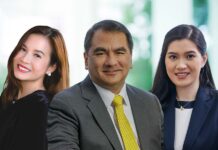