A regulatory body is needed to classify games on the basis of whether they involve skill or chance, write K Premchandar and Shrivatsav N

It has been law in India since 1957 that if a game is one of skill, it does not amount to gambling. Although the law has been reiterated numerous times by various courts, a grey area still exists in deciding whether a game is one involving skill or chance, and there are no standard parameters to decide. Therefore, the deciding factor by itself is subjective and the outcome may be subject to chance.

Although the degree of “application of mind” and “options available to the players”, etc., are all relevant factors in deciding the percentage of skill involved in playing a game, a unified and standard test has not yet been produced, either in judicial pronouncements or from the legislature. The regulations are still governed by statutes enacted in the 20th century, to which temporary patchwork solutions for contemporary needs are effected by way of amendments.

However, such a patchwork of statutes, which did not even fathom the extent that the internet would develop, were enacted prior to the advent of the cyberspace, and is insufficient to satiate the needs of both the industry and the public. This brings about the necessity for fresh and progressive regulations to be enacted, rather than imposing a blanket ban on these games.

State governments have exclusive power to enact laws on the subject of betting and gambling. However, online gaming goes beyond state borders, and any regulation by the state may not be practically enforceable. The lacuna, however, is in the domain of gambling in cyberspace.

There is no specific central legislation governing the issue of online gambling. Therefore, the need of the hour is to enact legislation to protect the interests of the industry and the end user in a thoughtful manner. Judicious regulations can boost the industry in which even a game of chance, if regulated properly, can be considered as a game of entertainment.

When the industry itself is dependent on catering to people from different territories and has a need to enable a platform for them to play with one another, divergent laws enacted by individual states will only restrict the trade, ending up a hindrance to the overall potential of the online gaming industry.

This problem is amplified by the fact that laws regarding the regulation of online gambling find a place in all areas of the spectrum, right from permitting the same to prohibiting it completely. Therefore, it is the need of the hour that progressive legislation is enacted, keeping in mind the global nature of cyberspace in gaming by having proper regulations.

A regulatory body can be established that can certify the nature of games and impose respective regulations in protecting the interests of the end user. The competent certification authority can classify whether the game is one of skill or chance, which will enable easier regulation.

As an authority constituted under a statute, it will always be open to the public to challenge the certification decision, and the rules and guidelines of the authority. Such an exercise will enable a system of transparency and accountability, both on the side of the service provider and on the side of the public.

Such a framework would enable regulated online gaming, which could ensure that any type of game does not fall into the ambit of gambling, thereby protecting the interests of the gaming industry, end users and the public at large. 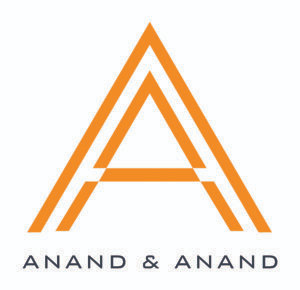 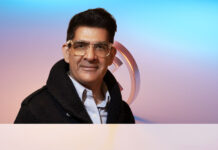