On 23 April, the Indian market saw one of its biggest deals go off. Facebook bought a 9.9% stake in Jio Platforms for a whopping US$5.7 billion. With Jio attracting the largest FDI deal in the Indian tech industry with its stake stale to Facebook, the deal has many wondering about the future of Indian tech start-ups, and how it will impact the digital economy. But before that, it will need to get past the Competition Commission of India’s (CCI) regulatory approval process.

Both Facebook and Jio are giants in their respective sectors. The amalgamation of both is set to create a large market share for themselves. Facebook holds more than 328 million users in India, while Jio has 388 million active users. This gives them access to more than 600 million users to target a product. If this continues, it can lead to destruction of a healthy competition. The combined data sharing will provide them an undue advantage over their rivals. To ensure that the merger is fair, and no unfair advantage scenario is created, the CCI will carefully inspect the deal after the legal and technical aspects of the agreement are finished.

Data privacy is one of the most crucial factors in competitiveness. Data is becoming a factor to reckon competitiveness and therefore the data aspects of the competition law need to sharpened and revisited. The two companies at hand are known as “data elephants” in the industry. Given the scale of the deal, even tech giants like Google and Amazon might not be immune to the impact of the takeover. Therefore, officials believe that the Jio-Facebook deal needs to be scrutinized from a data point of view, and not just market share or the transaction amount.

If this union makes use of data arbitrarily, it will disturb many of its rivals, and at the same time violate the Competition Act, 2002.

This deal going forward will not only end competition in the ecommerce segment by monopolizing data, but will destroy direct-to-home and over-the-top platforms. In the long run, it will be a big blow to net neutrality, and, in the bigger picture, it will be a threat to democracy, which reminds us of what events occurred at Cambridge Analytica. Net neutrality is seen as one of the foundational principles of the internet. The concept emphasises that the web should be available as a level playing field for all players.

As the two companies discuss the details of the deal, only time will tell what it has in store. The CCI and the Telecom Regulatory Authority of India are the bodies to decide that this deal avoids violation of any legislature. 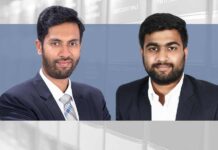