The upper house of Japan’s parliament, the House of Councillors, enacted a bill defining the legal status of stablecoins in June, making it the first major economy to enact such legislation. The law takes effect in a year and defines stablecoins as digital money that must be tied to Japanese yen or another legal tender, ensuring the holders the ability to redeem the stablecoins at face value.

The Financial Services Agency (FSA) of Japan prepared the bill in late 2021 as part of a five-year effort to protect consumers investing in cryptocurrencies. This new law has taken a spotlight in the market following the collapse of a stablecoin called terraUSD and its sister token Luna in May, which reinforced calls for regulatory oversight on stablecoins.

“Under this stablecoin law, there is the ‘issuer’ who issues and manages stablecoins and the ‘intermediary’ who is responsible for their distribution,” Yuri Suzuki, senior partner at Atsumi Sakai in Tokyo, told Asia Business Law Journal. “Issuers are limited to banks, money transmitters and trust companies, which means that only licensed creditworthy companies are allowed to issue stablecoins.”

Further, Suzuki added, the intermediaries will be required to register with the regulator and to take strict anti-money laundering and counter-financing of terrorism (AML/CFT) measures. As this new law requires issuers and intermediaries to have a reasonable size and structure, startups and overseas businesses may face difficulties in entering Japan’s stablecoin market, while major Japanese companies have been developing and testing yen-denominated digital coins.

For example, Mitsubishi UFJ Trust and Banking aims to launch its own stablecoin, Progmat Coin, which will be backed by Japanese yen in a trust account, once the legal framework is in place. The FSA will regulate stablecoin issuers in the coming months.

Japan has been active in developing regulations on digital money. The country’s central bank, the Bank of Japan, has commenced the second phase of testing its own digital form of a fiat currency or central bank digital currency (CBDC) in April and will be ready to issue the currency called digital Japanese yen as soon as it deems necessary. However, Suzuki has seen no concrete plans so far on such an issuance.

“Therefore, I do not think this [stablecoin] regulation affects Japan’s effort in issuing its own CBDC,” said Suzuki.

She explained that AML/CFT compliance is the major focus of the new stablecoin law. The FSA is considering requiring the intermediaries of stablecoins (and the issuers, if necessary) to generate system development obligations that could prevent transfers to unidentified users and freeze balances that have been transferred to unidentified users through system specifications.

”However, system development for AML/CFT measures, including its cost problems, could be an issue for CBDCs as well as stablecoins,” said Suzuki. “The Bank of Japan’s CBDC has a two-tiered structure, where the central bank issues digital Japanese yen to intermediaries and users withdraw digital Japanese yen from and deposit the same to intermediaries.” 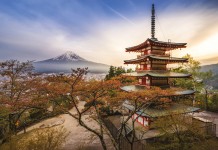