Intellectual property lawyers in India and the Philippines, two of the region’s most affected countries, explore how compulsory licensing regulations may assist in fighting the pandemic

The coronavirus disease has taken a toll on human lives, crippled the world economy and displaced millions of people from their daily jobs. While the world grapples with the situation, a quick look at history tells us that we witnessed an even greater catastrophe during the 1918 flu, also known as the Spanish flu. Although not much is recorded as to what happened in various parts of the world during that time, some estimate that the casualties touched about 50 million, wiping out 3% of the world’s population. Even lesser is known about the medical measures taken during the Spanish flu, as there were no vaccines or drugs available to treat it.

However, the patent system was active during those days, and on expiry of a patent for aspirin, owned by Bayer, in 1917, several companies started producing it, which was used to treat the Spanish flu. In 2020, the patent system around the world, and in India, has evolved, and we are living in times where legal remedies like compulsory licensing, and medical patent pools, are available to human beings to collectively come together and counter unprecedented outbreaks like the present-day pandemic. This article discusses some of the tenets of licensing rooted in the Indian Patents Act, 1970, and how these tenets are being effectively used during this time of the covid-19 pandemic.

A patent gives an exclusive right to the patentee to prevent third parties who do not have consent from the act of making, using, offering for sale, selling, or importing for those purposes, the patented invention. Patents contribute to the promotion of innovation, economic growth and social welfare, and therefore act as an instrument to promote both private and public interest.

To protect the public interest, the legislative scheme of the Patents Act, 1970, contains in-built mechanisms that have been declared non-intrusive of the patentee’s exclusive rights, such as the following actions:

Patents are granted to encourage invention. The working of the patented invention on a commercial scale in India should be at reasonable price to ward off any abuse or misuse of patent rights, by or through the patentee. The government has been given march-in rights to take appropriate action for using patented inventions to protect public health, in case of national emergencies or a public health crisis.

Section 66 of the Patents Act, 1970, discloses the provisions where the government can revoke a patent in the public interest. It reads: “Where the central government is of the opinion that a patent, or the mode in which it is exercised, is mischievous to the state, or generally prejudicial to the public, it may, after giving the patentee an opportunity to be heard, make a declaration to that effect in the official gazette and thereupon the patent shall be deemed to be revoked.”

It is understood that patent rights are to encourage the balance between the private and public good. Chapter XVI, section 84-99 of the act explains various provisions related to a compulsory licence, where a licence is being granted to the applicant by the Controller of Patents under certain circumstances, and more particularly on refusal of the patentee to work the patent on its own or through voluntary licences.

Reference to the compulsory licence was first introduced in Indian patent laws in 1950 (Act XXXII of 1950) on the recommendations of a report submitted by Justice Tek Chand’s committee. The circumstances under which the provisions were made for issuance of a compulsory licence were:

Section 84 discloses the provisions where anyone can make an application to the controller to grant a compulsory licence after expiration of three years on the following grounds:

Section 92 of the act allows the government to grant a compulsory licence in the public interest, after making a declaration and notifying in the gazette under certain conditions including: a national emergency, extreme urgency and public non-commercial use; to make available the patented invention to the public at an affordable cost; and also the patentee to get royalty for his/her patent rights.

Section 92 reads, “If the central government is satisfied, in respect of any patent in force, in circumstances of national emergency, or in circumstances of extreme urgency, or in case of public non-commercial use, that it is necessary that compulsory licences should be granted at any time after the sealing thereof to work the invention, it may make a declaration to that effect, by notification in the official gazette, and thereupon the following provisions shall have effect, that is to say:

(1) The controller shall, on application made at any time after the notification by any person interested, grant to the applicant a licence under the patent on such terms and conditions as he thinks fit;

(2) In settling the terms and conditions of a licence granted under this section, the controller shall endeavour to secure that the articles manufactured under the patent shall be available to the public at the lowest prices, consistent with the patentees deriving a reasonable advantage from their patent rights.”

Section 92A describes the provisions related to the grant of a compulsory licence for export of patented pharmaceutical products in certain exceptional circumstances.

Licensing during the pandemic

Initially in India, a handful of pharma companies came together to counter the pandemic. Voluntary royalty-free licensing agreements were signed between Gilead and nine generic pharmaceutical companies based in India, Pakistan and Egypt, to manufacture and export Remdesivir, which is useful for treating filoviridae virus infection – the coronavirus coincidentally belongs to the same family.

India and South Africa, on 2 October 2020, sent a proposal to the World Trade Organisation (WTO) for waivers from certain provisions of the Trade-Related Aspects of Intellectual Property Rights (TRIPS) agreement for the prevention, containment and treatment of covid-19.

The complete proposal points out how intellectual property (IP) rights are hindering timely provisioning of affordable medical products to patients. The waivers requested are along the lines of article 31b on compulsory licences, and a waiver from the implementation, application and enforcement of sections 1, 4, 5 and 7 of part II of the TRIPS Agreement in relation to prevention, containment or treatment of covid-19. At the time of writing, India has launched two vaccines, one is Covishield by Serum Institute of India, and the other Covaxin, by Bharath Biotech.

It is said that history repeats itself. Even if this statement is incorrect, it is unwise to ignore the times in which we are living. In his book, The Meaning of the 21st century, James Martin tells us the 21st century is a make-or-break century, and say that we are at a crossroads of human history, and our actions, or failure to act, will determine the fate of the earth and human civilisation for centuries to come.

We can expect our patent laws to continue to evolve, treading on the right path, and taking corrective and preventive measures for the betterment of science, technology and humanity. This will give the necessary impetus for governments, organisations and individuals to collaborate and address the challenges of the times that lay ahead. 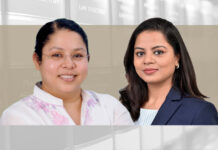