The Supreme People’s Court (SPC) and the Supreme People’s Procuratorate (SPP) released the Interpretation of Several Issues Concerning the Application of Law in Handling Criminal Cases Related to Graft and Bribery, which includes clarifying sentencing criteria for official (those involving government officials) and commercial bribery offences. The interpretation supplements the Criminal Law, revised in late 2015 (the ninth amendment), and strengthens the continuing anti-graft campaign in China. 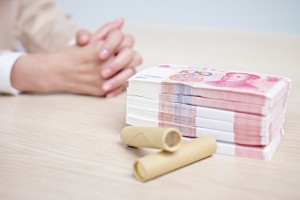 The ninth amendment introduced stricter measures and sanctions for both individual and corporate offenders, including people in charge of a company or directly responsible for its business activities. The interpretation provides additional guidance on when enforcement might take place and explicitly states that bribes can include intangible benefits of commercial value.

However, as recently confirmed by the PRC judiciary, the interpretation’s clarification on monetary thresholds and sentencing standards do not include circumstances where bribe givers or recipients of official bribery are entities. For such entities, the threshold and standards remain the same as provided under the Criminal Law.

Intangible benefits. In addition to payments of money and tangible property, the interpretation expressly provides that the definition of “bribe” covers intangible benefits including material benefits of monetary value (e.g., house decorations, exemption of debt) and other benefits for which payment is made in exchange (e.g., membership services or paid travel).

Business Law Digest is compiled with the assistance of Baker & McKenzie. Readers should not act on this information without seeking professional legal advice. You can contact Baker & McKenzie by e-mailing Danian Zhang (Shanghai) at: danian.zhang@bakermckenzie.com