Indian courts have discussed the legal position concerning construction of claims and summarized the principles of claim construction in several cases, but the limiting effect of preambles is yet to be specifically tested in a court in India. A claim usually consists of a preamble, transitional phrase and body. As a general rule, a preamble that recites an intended use or a purpose is not a limitation and will become one if it gives “meaning and vitality” to a claim.

Although India’s case law in this area is lacking, Enercon (India) Ltd v Alloys Wobben (2013) is of some assistance. In this case, the Intellectual Property Appellate Board (IPAB) was dealing with an application for revocation of a patent granted to Wobben. Before examining the grounds for revocation, the IPAB dealt with the issue of construction of claims of the patent, particularly claim 1. Wobben argued that the invention related to a device for transmitting electrical energy by means of a DC transmission line to an electrical AC voltage network and the features of claim 1 included feature F1, i.e. a DC transmission line for transmitting electrical energy to an electrical AC voltage network (from the preamble).

Wobben argued that though claim 1 was worded in a two-part form it must be considered as a whole for determining its scope, in conformity with rule 43(1) of the European Patent Convention. He stressed that while F1 was the most fundamental aspect of the patent, the scope of claim 1 included the features mentioned in its preamble as well as the features defined in the characterized portion. Wobben’s argument in a nutshell was that DC transmission was a part of the claimed features and had not been shown in the documents cited for anticipation.

Enercon cited the decision of the US Court of Appeals for the Federal Circuit in Catalina Marketing International v Coolsavings.com Inc (2004) to highlight the well-established principle of claim construction that preambles describing the use of an invention generally do not limit the claims because the patentability of apparatus/composition claims depends on the claimed structure, not on the use or purpose of that structure. Further, the patentability of apparatus claims must be shown in the structure claimed and not merely by a use, function, or result of the structure.

Enercon stressed that “for transmitting electrical energy … by way of a DC transmission line” was only a functional feature and not the structural feature of the claimed invention. Enercon drew analogies with the language of claims 1 and 25 of the patent in the Catalina Marketing case to show that the DC transmission line was not an element of Wobben’s claim 1. Enercon highlighted that in the US claim 1 the words “located at pre-designated sites such as consumer stores” were only in the preamble whereas in claim 25 they were both in the preamble and body of the claim and therefore in claim 25 it was a limiting factor and not in claim 1. The US appeals court vacated a district court’s summary judgment of non-infringement, based partly on the district court’s erroneous reliance on non-limiting language in the preamble of one claim. Enercon’s contention in a nutshell was that DC transmission was not an element of Wobben’s claim 1.

The IPAB agreed with Enercon that since outcome of the device having a circuit arrangement as claimed in claim 1 was second AC voltage the scope of claim 1 was limited to a device for production of second AC voltage. The IPAB found the claims of the patent to be anticipated and obvious and accordingly revoked the patent.

While the IPAB did not weigh in on the limiting effect of preambles or give reasons for its conclusion its decision seems consistent with the general rule that a preamble is not limiting unless, upon review of the entire patent, the preamble recites essential structure or steps of the invention.

Dinesh Kumar Sharma is a senior associate and Aniruddh Singh is an associate at LexOrbis. 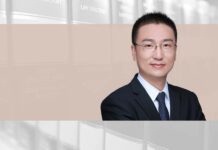