Shipping is widely recognized as the first truly global industry, no longer limited to coastal countries. With the horizons of India’s vision of world trade widening, the resolution of shipping and maritime disputes will increasingly occupy centre stage.

The financial crisis of 2008 and the covid-19 induced trade crisis have increased shipping disputes. The complex nature of such disputes, constantly changing jurisdictions and the involvement of transnational players, have led to increased international maritime arbitration, as national courts are often unable to provide solutions. Rapid advancements in technology, trade practices and usage have prompted stakeholders in the shipping industry to cooperate in creating dispute resolution centres, independent of state jurisdiction.

Maritime arbitration is covered by The Maritime Arbitration Rules of the Indian Council of Arbitration although arbitrations are usually held outside India. This is because arbitration clauses in contracts cover such provisions as the seat of arbitration, the procedures to be followed, the constitution of the arbitral tribunal and the remedies available.

New national and international laws have increased the power of arbitration, making it the choice for settling international disputes. These wider powers and the acceptance of the principle that a tribunal has the jurisdiction to rule on its own competence, that is the principle of kompetenz–kompetenz, have given arbitrators greater power in areas such as jurisdiction and interim and provisional awards. Traditionally preferred seats such as London and New York have been joined by new centres such as Singapore and China. The first shipping-focused dispute centre in India, the Gujarat Mediation and Arbitration Centre, is now being set up at the Gujarat International Finance-Tech City.

In drafting maritime contracts, companies should ensure that the arbitration terms are unambiguous. In Harmony Innovation Shipping Ltd v Gupta Coal India Ltd and Ors, despite there being an arbitration clause, the courts, including the Supreme Court had to interpret the intention of the parties with regard to the jurisdiction of the arbitration. The Supreme Court cited with approval the English case of Cargill International SA v Bangladesh Sugar and Food Industries Corporation in which it was acknowledged that there are conflicting arguments as to the approach that courts should take in such disputes. The first is that, in a commercial contract, it is wrong to put a label on the contract in advance and to approach the question of construction on the basis of a preconception as to its intended effect.

The second approach is that modern principles of construction require the court to have regard to the commercial background, the context of the contract and the circumstances of the parties, and to consider whether giving the words a particular or restricted meaning would lead to an apparently unreasonable and unfair result. The Supreme Court found no difficulty in ascertaining the intentions of the parties as to the seat of the arbitration. The court said: “We think it would be appropriate to interpret the clause as a proper clause and a substantial clause and not a curial or procedural one by which the arbitration proceedings are to be conducted”.

The reality is that contractual disputes are likely to occur. The parties should agree the seat of arbitration and the laws of which jurisdiction are to be followed. It is common to agree to English law and London arbitration. However, not all disputes are serious enough or are of sufficient value to justify the expense of a UK or USA arbitration. A jurisdiction that is fair to Indian companies should be chosen and the costs of arbitration should be commensurate with the scale of the dispute.

Companies often apply to the courts for interim measures, but it is not always feasible to do so under section 9 of the Arbitration and Conciliation Act, 1996. Flexibility should be sought to allow shipping arrangements to proceed. Arbitrations with three arbitrators are expensive and complex, and are appropriate only if the fairness of proceedings is doubtful and the amounts involved are substantial. Otherwise, a single arbitrator suffices. 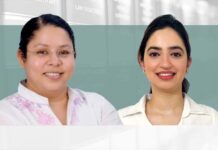 Foreign insurers are cautiously optimistic over the decision to allow 74% FDI in the sector
Please send any press releases, deal announcements, details of new hires, newsletters and any other news items to: news@law.asia