India’s Income Tax Act, 1961, states that any income which accrues or is deemed to accrue or is received in India is taxable under the Income Tax Act, irrespective of the residential status of the recipient.

Any foreign national working in India is treated as a non-resident, and the income accruing in India is not taxable unless the individual’s stay exceeds 183 days in a financial year. The same applies to foreign players who are not required to pay tax in India in line with the Income Tax Act.

Although foreign nationals are not liable to pay income tax, the taxability of sportspersons, governed under section 115 BBA of the Income Tax Act, complicates provisions applying to non-residents.

Section 115 BBA maintains that income earned by non-resident sportsmen through (i) participating in India in any game or sports, (ii) appearances in advertisements and (iii) contributing articles relating to the game or sports, would be subject to tax in India, the rate of tax being 11.33% on a gross basis.

Sportspersons and entertainers staying in India for a very short period of time cannot be treated as residents, and may not be taxed with respect to activities taking place in the country.
Presently, however, a non-resident sportsperson may be taxable under Section 115 BBA, as a result of their participation in sporting events in India.

These ambiguities have come about as a result of the hugely popular Indian Premier League (IPL) cricket series, which saw the auction of both Indian and international cricketers in an entertainment showdown, where eight mixed teams competed in a double round-robin tournament.

The question that has arisen is whether these cricketers should be defined as “athletes”, “sportspersons” or “entertainers” in this situation. The case is further complicated by India’s tax agreements with the countries of the participating players, the majority of whom came from Australia, New Zealand, Sri Lanka, and South Africa.

India has entered into double tax avoidance agreements (DTAA) with many countries in order to prevent taxation on income earned in more than one country.

According to Section 90 of the Income Tax Act, the provisions of a DTAA would prevail in cases where it is more favourable to the taxpayer. There are a number of views regarding taxability on the income earned by a foreign sportsperson, particularly cricketers in India.

The DTAA executed by India, in many cases contains specific provisions dealing with the taxation of “entertainers and athletes/sportspersons”.

The underlying question is whether international cricketers can be classified as “athletes” in order to bring them within the realm of taxation even under the DTAA.

There exists an element of uncertainty in this particular situation, with reference to the IPL cricketers, because according to Section 115 BBA, such income tax is applicable to both sportspersons and athletes.

While the entire range of sportspersons should be covered according to the Income Tax Act, certain DTAAs have restricted taxability to “athletes” specifically, thus excluding other categories of sports personnel.

Some international cricketers have also been engaged in running syndicated columns, which could be considered as an activity within the scope of the “business of sports”. This also includes playing cricket and providing live commentary.

In this light, whatever remuneration these athletes earn collectively actually classifies as “business profits”. As long they do not have a permanent establishment in India for such business activities, they are not required to pay tax according to the DTAA between certain countries.

IPL team owners were embroiled in other tax talks before the kickoff of the tournament, in relation to entertainment charges. Although the series was regarded as a display of serious and competitive cricket, critics argued that the event was more of an entertainment spectacle than a sports competition, and hence liable to an entertainment tax surcharge. These taxes were eventually levied for all IPL matches.

The issue of taxability with regard to athletes performing in India is still not resolved and depends on the DTAA which applies to each sportsperson abides. In order to align domestic law with the DTAA, it is recommended that Section 9 of the Income Tax Act be amended to allow taxation on foreign sportspersons if the income earned is from personal activities performed in India. 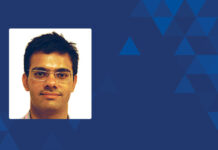 India’s top lawyers and legal icons
The markets regulator has begun the process to move away from the broad concept of promoters
The government is keen to support the growth of online trade, but its draft e-commerce rules could have the opposite effect.