The judiciary has played a vital role in dealing with issues arising out of the Insolvency and Bankruptcy Code, 2016 (code). Recently, in Union Bank of India on behalf of the Committee of Creditors of Dewan Housing Finance Corporation Limited v National Housing Bank & Anr, the National Company Law Appellate Tribunal (NCLAT) examined whether a trust, impressed by a special statute upon a financial service provider (FSP) over certain assets, would lead to such assets being considered as third-party assets, i.e. assets of a development financial institution.

Consequently, clause (b) of rule 5 of the Insolvency and Bankruptcy (Insolvency and Liquidation Proceedings of Financial Service Providers and Application to Adjudicating Authority) Rules, 2019 (FSP rules), read with section 14 of the code, i.e. moratorium in the corporate insolvency resolution process (CIRP), would also not apply to such assets.

Rule 10(1) of the FSP rules stipulates that the provision of clause (b) of rule 5 and section 14 of the code shall not apply to any third-party assets in custody or possession of the FSP, including any assets required to be held in trust for the benefit of third parties. The Ministry of Corporate Affairs notification on 30 January mentions that the administrator shall ensure that the third-party assets owned by the FSP at the insolvency commencement date are maintained separately and distinctly, and are not merged with the FSP’s assets.

Dewan Housing Finance Corporation Limited (DHFL) entered into a memorandum of arrangement to avail financial assistance from the National Housing Bank (NHB) under its refinancing scheme. When DHFL was admitted to insolvency, while the NHB filed “form C” for submission of claims as a financial creditor with the DHFL’s administrator, it also sought clarification for its statutory rights under section 16B of the National Housing Bank Act, 1987 (NHB Act) before the National Company Law Tribunal’s (NCLT) Mumbai bench. The NHB submitted that certain loan receivables that the NHB refinanced were held in trust by DHFL under section 16B of the NHB Act.

The NCLT held that any sums received by DHFL in repayment or realisation of loans refinanced by the NHB and remaining outstanding (tagged) assets shall be deemed in trust for and on behalf of the NHB, and such tagged assets were not DHFL’s assets. Such tagged assets shall be treated out of the purview of the CIRP of the DHFL. Therefore, the moratorium provisions of the code would not be applicable. The NCLT also observed that, based on the doctrine of harmonious interpretation, there was no conflict between section 16B of NHB Act and section 14 read with section 238 of the code.

The NCLAT observed that the financial assistance availed by DHFL under the NHB Act could not be regarded as purely commercial because the NHB is a development financial institution. Therefore, the NHB’s status under the CIRP cannot be equated to that of DHFL’s financial creditors.

The NCLAT referred to the judgment of the Supreme Court in Municipal Corporation of Greater Mumbai v Abhilash Lal, where it was held that section 238 could be of importance when the properties and assets are of the debtor and not when a third party. The NCLAT also emphasised rule 10 of the FSP rules and concluded that there was no inconsistency with the provisions of the code and special rights under the NHB Act, as third-party assets are to be kept distinct and separate from the assets of the FSP. Union Bank of India has filed an appeal against this NCLAT judgment, and the issue is yet to be determined by the Supreme Court.

As section 18 of the code also excludes assets owned by a third party in possession of the corporate debtor held under trust, it remains to be seen whether the principles to be laid down by this judgment will affect the treatment of receivables held under the trust created in terms of trust and retention account (TRA) arrangement. Unlike in the case of section 16B of the NHB Act, the trustee is not the borrower or corporate debtor, and the receivables are not received by the borrower in trust for the lenders. The trust is created in favour of the account bank, which is given a waterfall to adhere. Therefore, the NCLAT judgment should not impact corporate debtors’ TRA arrangements.

The NCLAT judgment also clarifies and strengthens the position of development financial institutions by ring-fencing their loan receivables from the impact of insolvency. If corporate debtors are exposed to development financial institutions, which have similar provisions in their constitutional statutes, all stakeholders will have to consider such treatment while considering the valuation and the liquidation or resolution process.

SOUMMO BISWAS is a partner and SHIVANI SINHA is a counsel at Shardul Amarchand Mangaldas & Co. Partner VEENA SIVARAMAKRISHNAN also contributed to this article 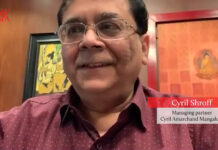 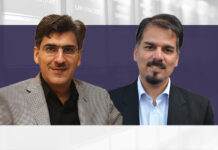 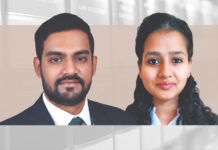 Disputed claims are not defaults under IBC