Our publications
Home ACCRALAW End of the road for public utility vehicles in Philippines?

Philippine President Rodrigo Duterte signed into law Republic Act No. 11659 on 21 March 2022, which most notably provides a definition for public utility in the Public Service Act, effectively limiting the scope of public utility operations, which are subject to the nationality or foreign ownership restrictions under the Philippine Constitution.

For decades, the definition of public utility, which broadly equated to public service in the Public Service Act, relied on jurisprudence.

Due to the amendment, the operation, management and control of other public services – which were previously considered public utilities – are open to full ownership by foreign entities. The aim is to liberalise previously restricted service industries to encourage private enterprise and foreign investment. Not surprisingly, the issue is generating much discussion.

Another notable amendment is in section 6, amending section 16 of the Public Service Act, which seemingly restricts individuals from being granted a franchise for the operation, maintenance or control of a public service.

Note that the old provision reads:

“(a) To issue certificates … Provided, that any certificate authorising the operation, maintenance or control of a public service shall only be issued to corporations, partnerships, associations or joint-stock companies that are constituted and organised under the laws of the Philippines.”

In other words, the Public Service Act as amended now only allows such franchise or certificates be issued in favour of corporations, partnerships, associations or joint-stock companies that are constituted and organised under the laws of the Philippines – or simply, domestic Philippine entities.

Thus, it is probably fair to wonder whether the removal of “citizens of the Philippines” in section 16 of the amended Public Service Act was a mere oversight. Otherwise, did congress really intend to corporatise the operation, maintenance and control of all public utility vehicles, including jeepneys, UV express, mini-buses, taxis and tricycles?

Nevertheless, since the Public Service Act has been amended as currently worded, individual public utility vehicle operators may have reached the terminal. 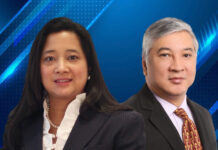 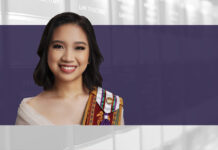