Insolvency and Bankruptcy Board of India (IBBI) data shows that, as of September 2022, creditors had realised INR2.43 trillion (USD 29.97 billion) of the INR7.19 trillion claimed through the corporate insolvency resolution process (CIRP) under the Insolvency and Bankruptcy Code, 2016 (code). Creditors have, therefore, taken an average haircut of 69 per cent. Clearly, the code’s objective of maximising value for all stakeholders is still a distant dream.

The code defines transactions undertaken by a corporate debtor’s former management that the resolution professional (RP) or liquidator may avoid as those that were preferential, undervalued, extortionate or undertaken to defraud creditors or for fraudulent purposes. The IBBI’s consultation paper of April 2022 revealed that applications to reverse INR2 trillion of avoidable transactions had been filed, with most pending adjudication. If avoided, these transactions would add substantially to the value realised by creditors.

Under the code, the CIRP is to be completed within 330 days and liquidation within 365 days. The RP or liquidator is often unable to identify avoidable transactions and apply to the National Company Law Tribunal (NCLT) to reverse them within these limits. The NCLT often cannot decide the issue before the resolution plan is approved. The issue is, therefore, whether applications to avoid transactions in avoidance proceedings survive completion of the CIRP.

In 2020, the Delhi High Court, in Venus Recruiters Pvt Ltd v Union of India, held that the RP and NCLT are functus officio once the resolution plan is approved by the NCLT. Avoidance proceedings pending after such a sanction would no longer have any purpose or meaning. The court held that the reversal of avoidable transactions was for the benefit of creditors of the corporate debtor, but the proceeds would not accrue to them after the approval of the resolution plan.

In January 2022, the National Company Law Appellate Tribunal (NCLAT), in 63 Moons Technologies Ltd v Administrator of Dewan Housing Finance Corporation Ltd, considered a resolution plan in which the proceeds of avoidable transactions would enure to the benefit of the resolution applicant. The NCLAT, relying on the decision in Venus Recruiters, set aside this proposal on the grounds that the proceeds of avoidable transactions should accrue to the benefit of the corporate debtor’s creditors, not to the new form of the corporate debtor itself. The resolution applicant cannot unjustly enrich itself at the cost of the creditors who had been defrauded. The committee of creditors’ (CoC) decision to approve the plan struck at the heart of the code and could not be upheld under the guise of commercial wisdom. The CoC cannot exclude the statutory duty of the NCLT to scrutinise the resolution plan for unacceptable terms.

The IBBI (Insolvency for Corporate Persons) Regulations, 2016, were amended in June 2022 by inserting regulation 38(2)(d). This requires a resolution plan to include the way avoidance proceedings would be pursued after its approval and the distribution of any proceeds recovered. In September 2022, the IBBI (Liquidation Process) Regulations, 2016, were amended to facilitate the continuation of avoidance proceedings after the liquidation of the corporate debtor. These amendments maximise value for creditors and further the objectives of the code. 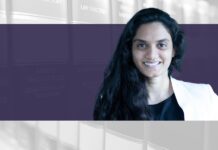 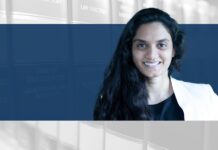 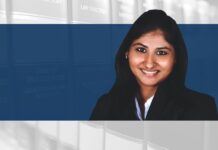 Although not sparking this trend becoming known as the “great resignation”, the pandemic surely added fuel to the fire, pushing many lawyers
Are industry calls to tone down cybersecurity directives being heard?
As clients get savvier, law firms face pressure to lower their fees