The principle of one share, one vote was the gold standard of corporate governance in the 20th century. However, more elaborate capital structures, involving shares with differential rights, have gained global popularity over the years. These arrangements enable shareholders to advance their individual interests. Financial investors prioritise returns on investment, while promoters want to retain control and focus on the company’s growth. Issuing dual classes of shares helps promoters retain majority shareholdings in their companies while allowing them to invite financial investments.

Issuing of shares with differential rights in matters such as voting and dividend distribution (DR shares) was first permitted under company law in 2000. For instance, a share carrying a superior right may have multiple votes. Conversely, a fractional right might carry a fractional voting right in an equity share. While DR shares were introduced with the intention of encouraging growth and flexibility in raising financing, they have not been popular.

Since 2013, the issuing of DR shares by unlisted companies has been governed by section 43 of the Companies Act 2013, as read with the Companies (Share Capital and Debentures) Rules, 2014, which prescribes compliance requirements and restrictions. As an example, the law neither permits the conversion of an ordinary equity share into a DR share nor the other way round. Further, until 2019, a company could only issue DR shares if it showed at least three years of distributable profits, a condition startups rarely met, and the DR shares could not be more than 26 per cent of the company’s post-issue paid-up share capital. In 2019, the distributable profits requirement was removed, and companies were allowed to issue DR shares up to 74 per cent of their post-issue paid-up share capital.

However, DR shares remain unattractive. This may result from most institutional investors’ charter documents prohibiting investment in DR shares. In addition, the Securities and Exchange Board of India (Issue of Capital and Disclosure Requirements) Regulations 2018 (regulations), which apply to companies looking to undertake an initial public offering (IPO), do not allow exits by investors with DR shares. Under the regulations, a company that has issued DR shares whose only differential right is a superior voting right may undertake an IPO of its ordinary shares if, among other matters, it intensively uses technology, information technology, intellectual property, data analysis, biotechnology or nanotechnology to provide products, services or business platforms that substantially add value; the DR shares are treated as ordinary shares for voting on matters such as related party transactions, amendments to charter documents and takeovers proposed by promoters, and the DR shares have been issued to promoters or founders holding executive positions in the company each with a net worth not exceeding INR10 billion (USD120 million). The company must only have issued one class of DR shares with the DR shares limited to a term of five years, after which they will be converted to ordinary shares. Under the regulations, DR shares cannot be pledged or traded until they have been converted into ordinary shares.

Listed companies that have issued DR shares are subject to enhanced corporate governance requirements such as forming an audit committee from independent directors only and with two-thirds of its directors being independent.

The rationale for barring companies that have issued DR shares from listing other than in the technology sector is unclear. The position is different in many other countries. As an example, 33 of 44 industries in the USA include companies with dual classes of shares, nearly 30 per cent of which are in the media and communication sector. Permitting the listing in India of media companies with DR shares would promote their independence, something that has been of particular concern under the present dispensation.

Swathi Girimaji is a partner and Varsha Singh is an associate, at Bharucha & Partners 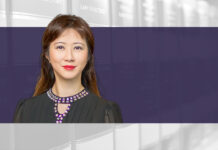 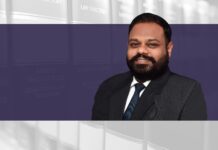 IBC valuations may spike with proceeds of avoidable transactions