A resolution plan passed under the Insolvency and Bankruptcy Code, 2016 (IBC), binds all stakeholders of the company including any dissenting creditors. Providing a 66% voting threshold by value for approval is a useful tool to ensure that a revival plan is not held to ransom by minority financial creditors.

Before 5 October 2018, regulation 38(1) of the Insolvency and Bankruptcy Board of India (Insolvency Resolution Process for Corporate Persons) Regulations, 2016, required that a resolution plan provide for payment of liquidation value (the estimated realizable value of the assets of the corporate debtor if the corporate debtor were to be liquidated on the insolvency commencement date) due to dissenting financial creditors (including abstaining creditors) prior to any recoveries being made by the assenting financial creditors.

The guiding principle appears to be that the outcome of a successful corporate insolvency resolution process (CIRP) for creditors cannot be worse than a liquidation with a “hypothetical liquidation value” being calculated as per the “liquidation waterfall” prescribed under section 53 of the IBC, applying pre-insolvency entitlements of the creditor.

This was consistent with the principles in the UNCITRAL Legislative Guide on Insolvency Law, 2005, which was treated as the benchmark in the report of the Bankruptcy Law Reforms Committee. There was, however, no restriction in the CIRP regulations on additional amounts being paid to the dissenting financial creditors with the floor being the liquidation value.

The National Company Law Appellate Tribunal (NCLAT), in its order in the Sirpur Paper Mills case, viewed regulation 38(1) as providing a prescriptive amount for dissenting financial creditors and observed that the Insolvency and Bankruptcy Board of India (IBBI) had gone beyond its mandate to prescribe amounts to be paid to dissenting financial creditors in a resolution plan.

The Sirpur Paper Mills decision set the ball rolling for an amendment by the IBBI to regulation 38(1) on 05 October 2018 doing away with, among others, the minimum pay out of the liquidation value to dissenting financial creditors. The amendments to the CIRP regulations, while seeking to address the issue of unfair treatment accorded to similarly situated creditors, appear to have thrown the baby out with the bathwater.

The amendment does not pay heed to recognition of existing creditor rights accrued under general law (described as a cardinal principle of corporate insolvency law by some scholars of insolvency law). By not “guaranteeing” creditors liquidation value on their pre-insolvency accrued rights from resolution proceeds, a creditor who struck a good bargain at the time of contracting the loan with the debtor stands to lose.

For example, say a creditor with a debt of ₹100 had exclusive security over an asset worth ₹90 (as a liquidation value), therefore such creditor’s hypothetical liquidation value should be ₹90 (minus its share of insolvency process costs).

However, if a resolution plan provides for 50 paise on a rupee to all creditors, following the NCLAT order and the amended CIRP regulations, the resolution plan will have to provide the same treatment to the creditor, leading to an outcome that would be worse than liquidation for the creditor. It will not change the situation even if the creditor votes against the resolution plan as the approved plan is binding on it under the IBC (and will presumably take away existing rights). The scenario worsens if the resolution plan contemplates disposal of the charged asset as part of the business plan.

Comparing this position with other developed insolvency regimes clearly shows the shortcomings:

In the context of the UK’s approach, the NCLAT and the amended CIRP regulations seem to follow only the horizontal approach for testing the “fairness” of the resolution plan and ignore the vertical approach. In light of the cardinal principle highlighted above, this may need a rethink. 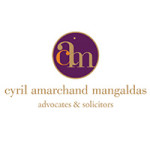 DHANANJAY KUMAR is partner and co-author GAUTAM SUNDARESH is an associate in the restructuring and insolvency practice at Cyril Amarchand Mangaldas. They can be contacted at dhananjay.kumar@cyrilshroff.com and gautam.sundaresh@cyrilshroff.com.

E-signatures get a boost during the pandemic with parties finding they speed up turnaround times for deals
As business and travel edge back to normal, which foreign law firms are in front with their India offerings?
Future Retail finds itself on life support while two of the world’s richest men fight over it