Previously, non-Hong Kong issuers had to demonstrate that their shareholders were afforded shareholder protection at least “equivalent” to Hong Kong’s equivalence requirement.

Now a baseline level of shareholder protection requirements (core standards) set out in appendix 3 of the new Listing Rules is adopted for all issuers to ensure the same level of protection to all investors.

The core standards concern different aspects regarding, among others, directors, proceedings at general meetings, variation of rights, amendment of constitutional documents, appointment, removal and remuneration of auditors, proxies and corporate representatives, inspection of branch register, and voluntary winding up.

Shareholder protection requirements under the core standards should be set out in the issuer’s constitutional documents – unless the stock exchange is satisfied that the domestic laws, rules and regulations to which the issuer is subject provide for the same protection.

Existing listed issuers are required to ensure they fully comply with the new core standards – otherwise they need to make any necessary amendments to their constitutional documents to conform by their second annual general meeting following 1 January 2022.

To provide clearer guidance and reduce complexity, all relevant provisions in relation to secondary listing are now consolidated in revised chapter 19C of the Listing Rules. Set out below is a summary of the qualification requirements.

For overseas issuers with WVR:

For overseas issuers without WVR:

A waiver of the listing track record criteria may be granted if the applicant seeking a secondary listing is well established and has a market capitalisation at listing significantly larger than HKD10 billion.

The stock exchange may reject a secondary listing application if a material part of the applicant’s business was listed on the primary listing market by way of a reverse takeover.

Compared to previously, secondary listing requirements for Greater China issuers without WVR structures have been relaxed under the new arrangement in two respects:

(1) Removing the “innovative company” requirement; and

Under the new arrangements, these categories are permitted to directly seek dual primary listing without amending their existing WVR or VIE structures – even though structures do not meet relevant listing requirements applicable to primary listing applicants – provided they meet current suitability and eligibility requirements of chapter 19C of the Listing Rules.

Li Fai is a partner at LC Lawyers

LLP is an independent law firm,

and the Hong Kong law firm member of the EY global network,

in collaboration with other law firm members. 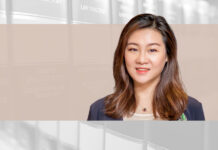 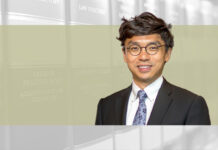 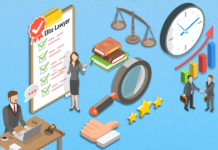