Market turbulence has forced many Indian corporates to re-evaluate their domestic and international capital-raising strategies. But in spite of the difficulties, there is no shortage of investors willing to gamble on India, Chris Crowe reports from London

Amid the fluctuating fortunes of the world’s stock markets, Indian companies looking to raise capital for growth and expansion are experiencing a testing time. The sharp fall in Reliance Power’s share price after its prodigious US$2.9 billion Bombay Stock Exchange listing in January illustrates the unpredictable nature of the world’s stock markets.

Both the Bombay Stock Exchange (BSE) and the National Stock Exchange of India (NSE) have soared over the last few years, demonstrating strong growth compared to leading international exchanges. But the recent plummet in the Indian bourses has been more pronounced than at major exchanges elsewhere.

The downturn has claimed a number of casualties: Wockhardt Hospitals pulled its US$164 million IPO in February and Emaar-MGF Land’s proposed US$1.8 billion offering was also withdrawn. Many other companies are now grappling with difficult capital-raising decisions and it’s certainly the case that fund-raising options are not as clear-cut as they were a few months ago. 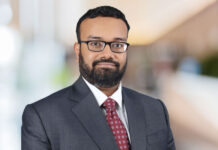