Sections 198-200 of the Cyprus Companies Law provide the legal framework for the facilitation of company arrangement and reconstruction schemes. In the absence of an express statutory definition, a reconstruction may loosely be interpreted as entailing the transfer, whether in whole or in part, of an undertaking from one company (the “transferor company”) to another (the “transferee company”) consisting of substantially the same shareholders with a view to its being continued by the receiving company, without necessarily dissolving the transferor company. For the purposes of section 30 of the Cyprus Income Tax Law 2002, mergers, spin-offs, partial divisions, transfer of assets, exchange of shares and redomiciliations amount to reconstruction schemes.

While reconstruction schemes are primarily capital or debt restructuring-motivated, they may also be used to remould corporate structures, particularly where the administration and ownership of assets held by a holding company is required for business (or tax) efficacy reasons to be scaled down to underlying companies. When a reconstruction scheme is sanctioned by the court, it ceases to operate as an agreement between the parties affected and is given statutory force. The court order effectively renders the scheme binding to the transferor company, in as much as its shareholders and creditors (or a liquidator).

Any reconstruction scheme would invariably require the input of auditors. The involvement of the auditors of the transferor company is twofold: the preparation of the reconstruction plan; and further, its submission to, approval by and clearance from the Cyprus income tax authorities. Securing a tax clearance eliminates or fleshes out, as the case may be, any potential tax risks that may be associated with the reconstruction.

The reconstruction process is initiated by application in court, the same made by originating summons. The affidavit in support of the application must be made by an officer of the company and have annexed thereto the proposed reconstruction plan. The application will seek an order of the court to summon the extraordinary general meetings (EGMs) of creditors and members of the transferor company in order for them to consider, and if thought fit, approve the reconstruction plan. For that reason, it is common for the order to direct the method and mediums through which such EGMs will be called, as well as to appoint a chairman to preside over such EGMs.

The application is supported by an affidavit made by the chairman of the EGMs, the same having been nominated by the first court order. It is advisable for such an affidavit to exhibit, among others, the minutes of the appropriate decision making body of the transferee company furnishing its express consent to, and approval of, the reconstruction scheme at its level.

In practice, it is customary for the application to seek, apart from the approval of the transfer of any part of the undertaking, assets or liabilities of the transferor company to the transferee company, the following orders, namely:

The court order shall have no effect until an office copy of the order is delivered to the Registrar of Companies for registration within seven days of the making of the order. A copy of the court order will then be appended to, and form part of, the memorandum of association of the transferor company.

From a competition law perspective, and under the current Cyprus Concentration Control Law, a concentration arises and is notifiable for approval, subject to turnover thresholds, to the Competition Commission, regarding: (a) the merger of two previously independent undertakings; (b) the acquisition of control, directly or indirectly, of another undertaking; or (c) the establishment of a joint venture that permanently carries out all the functions of an autonomous entity. However, there is no duty to notify where such a concentration relates to two or more undertakings, each of which is a subsidiary of the same undertaking. 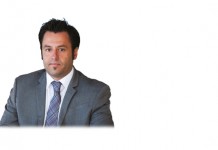