China is Dubai’s largest – and the UAE’s second-largest – trading partner, with annual trade set to reach US$60 billion by the end of 2016, according to the UAE government. The dispute resolution method in commercial contracts that underpin such trade is often arbitration. But while a party to arbitration proceedings may obtain a favourable arbitral award, that award may also need to be enforced in the jurisdiction(s) where the losing party has assets.

Awards must be recognized and enforced by the courts. The courts of the UAE comprise both the civil law courts, where proceedings are conducted in Arabic, and the English-language common law courts. The civil law courts comprise the federal courts, as well as the independent courts of Dubai, Abu Dhabi and another emirate, Ras al Khaimah. The common law courts include the courts of the Dubai International Financial Centre (DIFC Courts) and the recently established Abu Dhabi Global Market Courts (ADGM Courts). The enforceability of foreign awards varies between these two sets of courts, as set out below.

Enforcement in the civil law courts. The UAE acceded to the New York Convention in 2006, and the first foreign award was enforced in 2010, when the Fujairah Court of First Instance enforced an award issued by the London Maritime Arbitrators’ Association. Despite this promising start, there were subsequently a number of setbacks to the enforcement of foreign awards in the form of judgments of the civil law courts declining enforcement. These decisions were often based on technical and procedural objections raised by the debtor.

Instead of confining their consideration to the narrower substantive grounds on which enforcement can be declined under the New York Convention, the civil law courts applied the UAE Civil Procedure Code with its burdensome procedural requirements. This approach allowed the courts to refuse enforcement on some surprising grounds. For example, they declined to enforce an award against assets held in the UAE because their owner, the award debtor, was not resident in the UAE.

However, there has been a gradual trend towards the enforcement of awards in the civil law courts in recent years. This has included the Dubai Court of Cassation’s judgment in Macsteel International v Airmech (Dubai) in 2013, in which the court dismissed various technical objections to enforcement on the grounds that the UAE Civil Procedure Code was not applicable to the enforcement of foreign awards. The court applied the provisions of the New York Convention directly. Although the Dubai Court of Cassation’s approach is not binding, it is persuasive in similar future proceedings.

Enforcement in the common law courts. The DIFC Courts have been very supportive of award enforcement and apply the enforcement regime of the DIFC Arbitration Law, the provisions of which broadly mirror those of the New York Convention (to which the UAE, and by extension the DIFC, are signatories). DIFC Courts’ judges are familiar with arbitration and many sit as arbitrators. Furthermore in their judgments, the DIFC Courts, particularly in the case of Egan and Eggert v Eava and Efa in 2013, have expressly welcomed the use of the DIFC Courts as a so-called conduit jurisdiction.

This means the DIFC Courts are willing to recognize and enforce a foreign award, even where the award debtor is not based in the DIFC and has no assets there. The resulting DIFC Courts order can then be submitted to courts elsewhere in the UAE for enforcement against any assets located in their jurisdictions. While the new ADGM Courts have not yet issued any judgments on the issue, their approach is likely to be similar to the DIFC Courts.

The contrast between the DIFC Courts and the civil law courts on this issue, including the willingness of the former to be used as a conduit jurisdiction for enforcement elsewhere in the UAE, has resulted in many award creditors opting to have their awards recognized and enforced in the DIFC Courts, even where the assets of the debtor are held outside the DIFC and the civil law courts are arguably the more natural forum. Owing to a reciprocal enforcement mechanism between the civil law Dubai Courts and the DIFC Courts, codified in the Judicial Authority Law, a DIFC Courts order can be taken to other courts for enforcement against assets within their individual jurisdictions. An award creditor is thereby spared the time and increased risk of seeking direct recognition of the award before the civil courts.

This jurisdictional expansion of the DIFC Courts has not gone unnoticed in the legal and business community. Concerns have been raised that parties are forum shopping by intentionally avoiding the more onerous requirements of the Dubai Courts and opting for recognition and enforcement in the DIFC Courts.

The leading decision of the Dubai Court of Cassation in the Macsteel case and the DIFC Courts’ decision in the Egan and Eggert case prove the UAE to be a broadly arbitration-friendly jurisdiction when it comes to the recognition and enforcement of awards. This should be of some reassurance to international parties doing business in the UAE. 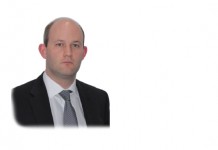 DIFC’s role as platform to invest in Middle East 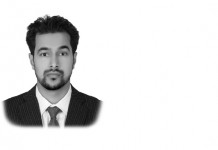